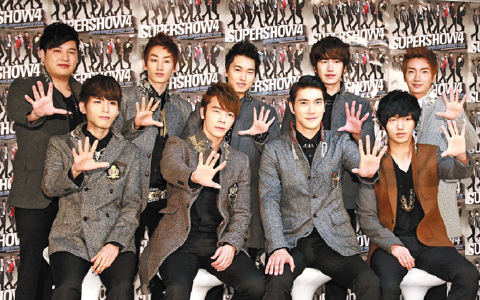 Super Junior will be on a global tour again this year.

Super Junior will kick off their ‘Super Show 5’ global tour in March starting in South Korea. Other countries and continents on the list include China, Japan, South America and Europe. The first date in Seoul is due to take place on March 23.

Super Junior held their first global concert, ‘Super Show 4’, last year and after the success of it has made it viable to do it again this year.

The Seoul concert tickets go on sale via G-market on February 27. Fans that live overseas fans will be able to buy a global fan tour through SM C&C on February 18.