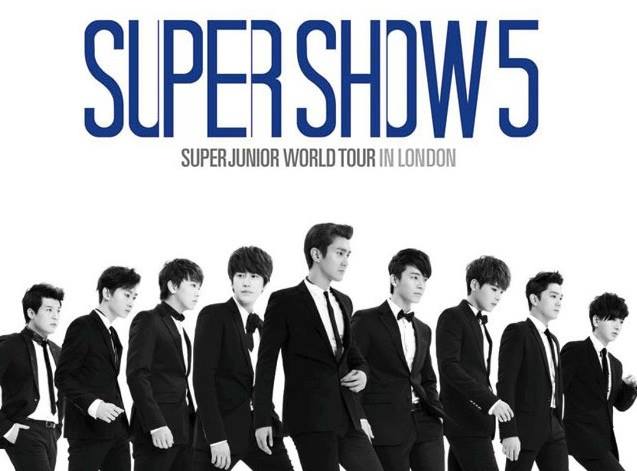 Super Junior have confirmed that they will be bringing their world tour to London.

“Super Show 5 World Tour” was confirmed on Wembley Arena’s official homepage. Super Junior are schedule to play Wembley Arena on November 9. Tickets for the concert will range from £56 to £198.25, they will start selling tickets on September 29.

Super Junior’s massively popular world tour are on their fifth sold-out world tour. Super Show 5 kicked off in Seoul as the beginning of this year before moving onto Asia, South America and Europe.

This will be the first time that Super Junior will play in London.

The introduction to Super Junior on Webley Arena’s official website is:

Super Show 5 – the fifth sold-out world tour since 2008 performed by the most popular South Korean K-pop boy band, Super Junior. This is an ultimate K-pop sensation. The tour kicked off in Seoul in March 2013 and will continue across Asia, South America and Europe. On 9th November 2013 the tour will visit UK’s flagship venue Wembley Arena.

This will be the first Super Junior solo concert ever held in the UK and it promises to be the most spectacular K-pop event of the year that no fan can afford to miss.

MYNAME Will Make Their Comeback in October