Heat was brought to the Windy City this past Sunday night thanks to Korean rock stars JJY x Drug Restaurant. On October 14, Jung Joon-young and his band Drug Restaurant (드럭 레스토랑), performed on their very first Chicago stage at the Concord Music Hall. 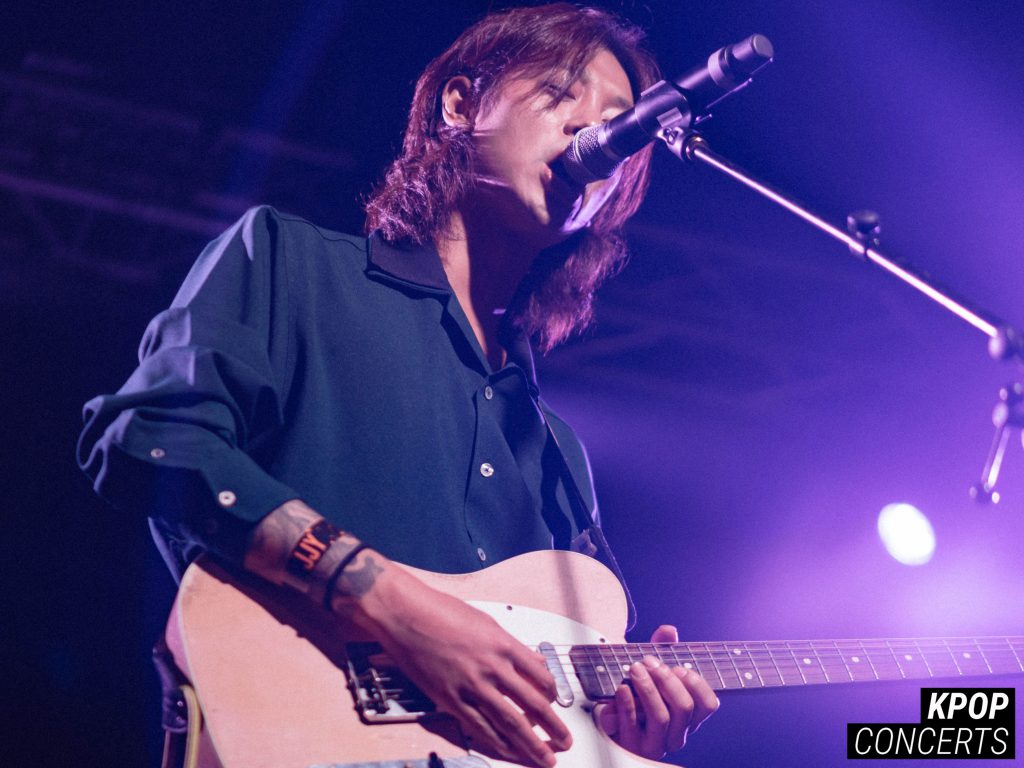 Famously known for his hilarious personality on various Korean variety shows including 2 Days & 1 Night, Jung Joon-young also is known to capture the hearts of fans with his musical skills in the genre of rock and roll with acoustic tunes and heart-wrenching rock ballads. His soothingly course voice is one that reverberates through the souls and spirits to all around

The show was opened with a riveting performance by solo vocalist Bae Jun-ryul (BJR, 배준렬). BJR had not only performed his song “Nonsense,” but also surprised fans by covering various popular K-Pop songs such as Black Pink’s “DDU-DU DDU-DU (뚜두뚜두)” and Big Bang’s “Bang Bang Bang.” He successfully displayed his vocal ability and hyped up the crowd up with point choreography and astonishing performances.

Having only arrived that morning to the US, the band powered on with high energy to meet their awaiting fans. Performing various titles like their newest song and digital single “403,” JJY x Drug Restaurant also presented the fans with classic favorites such as one of their first singles “OMG.” The intimate environment of the Concord Music Hall added to the surrounding acoustics as fans sang along and rocked to familiar hit tunes such as “Mistake,” “Her,” ‘Fiancee,’” ‘Teenager,”  and the list goes on. The band also prepared something special for their fans, covering Canadian pop singer Shawn Mendes’, “There’s Nothin Holdin Me Back.” Want to hear all of this for yourself? Catch the band at their last two stops: