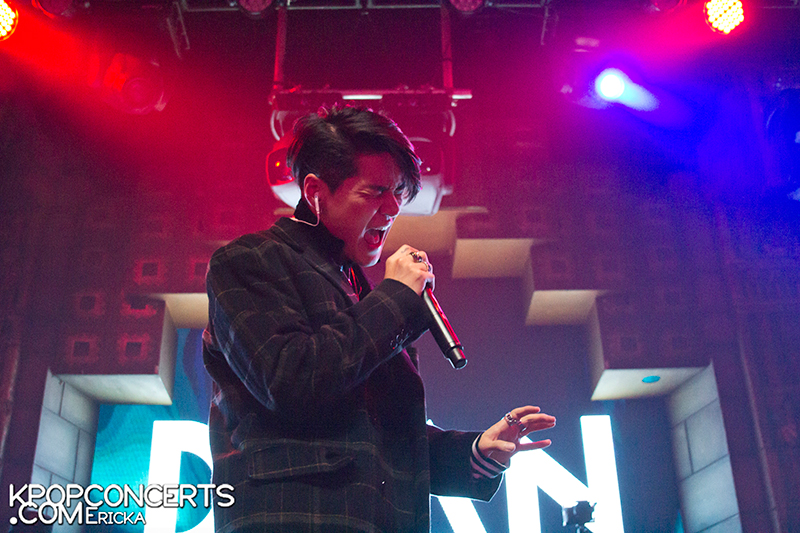 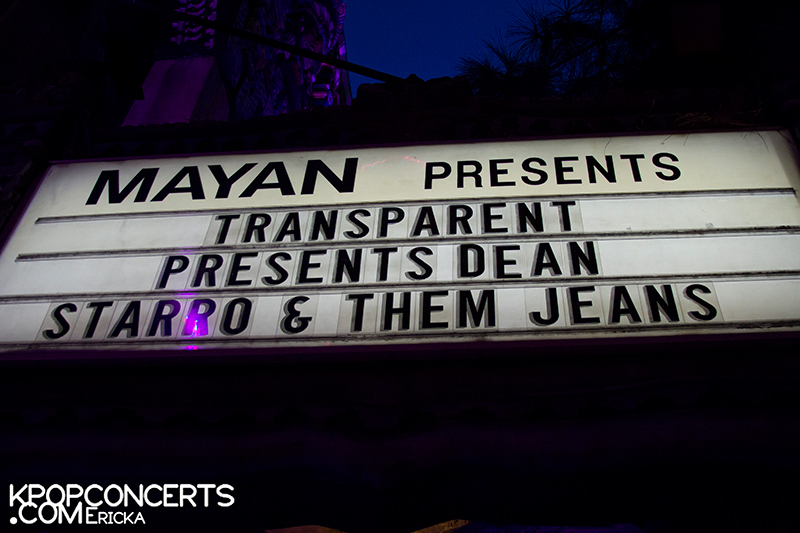 Transparent Agency, founded by Far East Movement, announced a week in advance that DJ Them Jeans, Grammy nominee StarRo, and K-Pop artist Dean would be having a concert at the Mayan Theater on December 9th. The short notice, however, did not stop fans from selling out the show within minutes of tickets going on sale. A handful of lucky fans that snagged meet-and-greet tickets were able to snap a photo and talk with Dean himself!

However, the show was delayed due an issue with Dean’s entry into the country. According to his manager, Dean was supposed to have arrived in Los Angeles the day before the show in order to rehearse and relax. Unfortunately the singer was detained for over a day by U.S. Immigration officials and was not released until the morning of the concert.  Even after undergoing a stressful and frustrating ordeal, he still insisted on performing for his L.A. Rebels. His manager stated, “Even with everything Dean had been put through he insisted on not cancelling the show.” Not one to quit, Dean arrived in L.A. and went straight to the venue. 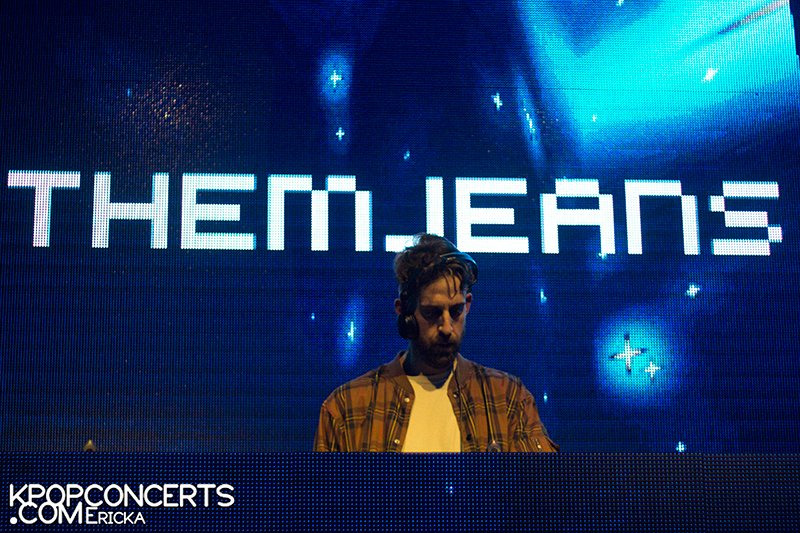 Once the doors were opened, Them Jeans took his stand behind his turntable and mixer and played while the fans piled into the venue and claimed their spots on the GA floor. The L.A.-based DJ and producer specializes in remixing high energy House and Hip-Hop tracks. Them Jeans kicked off the night by playing addictive remixes of hit tracks from the past decade. The fan favorite? “Juju on The Beat” had everyone moving! 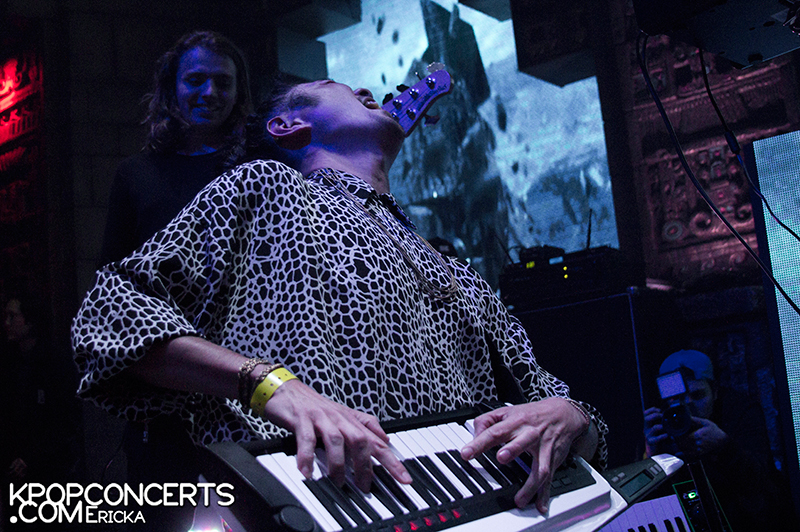 In an industry where music is rearranged, cut, and edited with any able computer, StarRo keeps the tradition alive, creating airy beats and rich melodies to create a mind-blowing sonic experience. He performed his popular songs, “I Wish,” “Serendipity,” “You,” and many more that had the whole crowd dancing. Joining him onstage were Josh Rican and One T. Josh Rican lent his smooth jazzy vocals while One T showed off his crazy dance moves that even had him fling off his jacket and kick of his Vans to let loose onstage! StarRo himself had his crazy stage moments. He stepped away from his keyboard, switched over to his keytar, and went wild. He was so into the song that he even did a back roll off the main stage without so much as missing a key! StarRo was just nominated “Best Remixed Recording, Non-Classical” at the upcoming Grammy Awards so be sure to remember his name! 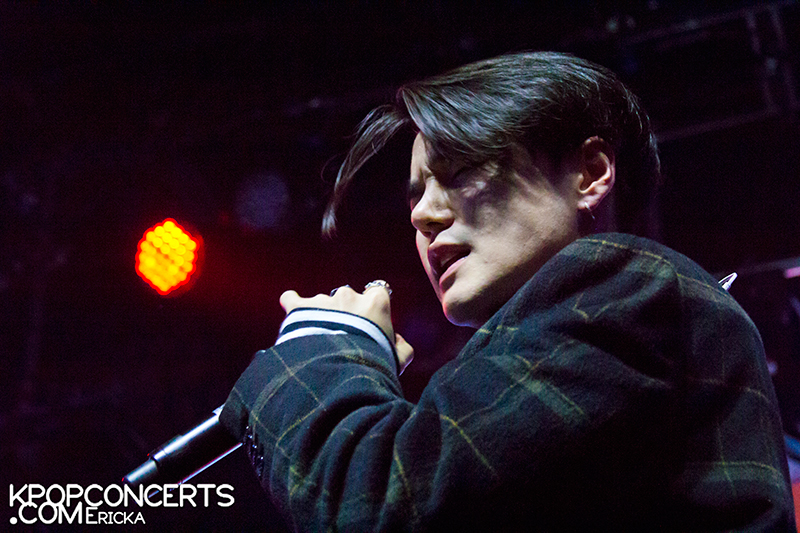 After StarRo’s explosive performance, Dean finally took his turn on the stage and was met with deafening hollers and screams.  From the very moment he stepped onstage to his encore performance, the crowd of Rebels went nuts! Every single step he took across the stage was reciprocated by a whole wave of fans surging towards the front and his direction. Dean’s stage opened up with the bumping track, “Put My Hands on You” that had all the fans flailing in excitement. After only a brief water break he jumped right into “Pour Up.” The R&B singer showed off some of his dances moves, grooving to the beat while the fans sang the chorus back to him. The highlight moment of the song was when Dean leaned into the crowd and slayed Zico’s rap verse. He then performed “Bonnie & Clyde” where the fans sang the English hook loud and proud while he closed his eyes and basked in the crowd’s energy. 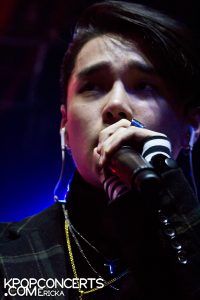 Throughout the show, Dean made sure to reciprocate the fans’ love. During “What2do,” he gently grasped fans’ hands while he sang and even shyly sent out finger hearts to the crowd. He followed up with “21” and teased fans by partially shrugging off his coat and basking in the fangirl screams that erupted. Although everyone expected him to do some body rolls and other sexy moves, he sent a teasing smirk to the audience, and threw his coat back on. Dean continued on with “D (Half Moon)” and charmed fans with his soothing vocals.  For the final song of the night, Dean performed his English single “I’m Not Sorry” and slayed. Everyone in the audience went wild and sang along word for word as Dean turned up on stage and even threw water into the audience.

In a blink of an eye, the show was over. Dean, who had hopped on a plane after over twenty four hours of detainment and went straight to the venue, did not show any signs of his stressful ordeal. He exhibited impeccable professionalism and delivered a phenomenal show. Overall, the concert was incredible and we can’t wait to see what Dean has in stores next!