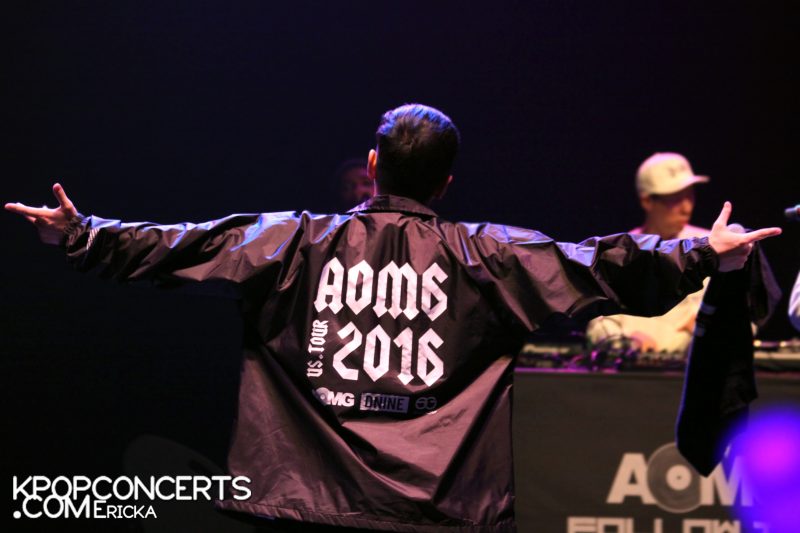 On April 14, the Above Ordinary Music Group (AOMG) label returned to Los Angeles, CA and took over the Wiltern Theater for their Follow The Movement 2016 American Tour.  Following their successful 2014 concert at the Belasco, co-founders Jay Park and Simon D, and label artists Loco, Gray, and DJ Pumkin returned to the “City of Angels” and delivered an intense and energetic hip hop experience. The line wrapped around the whole block as fans eagerly awaited entry to the venue that had served as the location for Epik High’s sold out concert last year.  Lucky fans who managed to snag one of the sold-out VVIP tickets were given the opportunity to interact and take group photos with the AOMG artists. 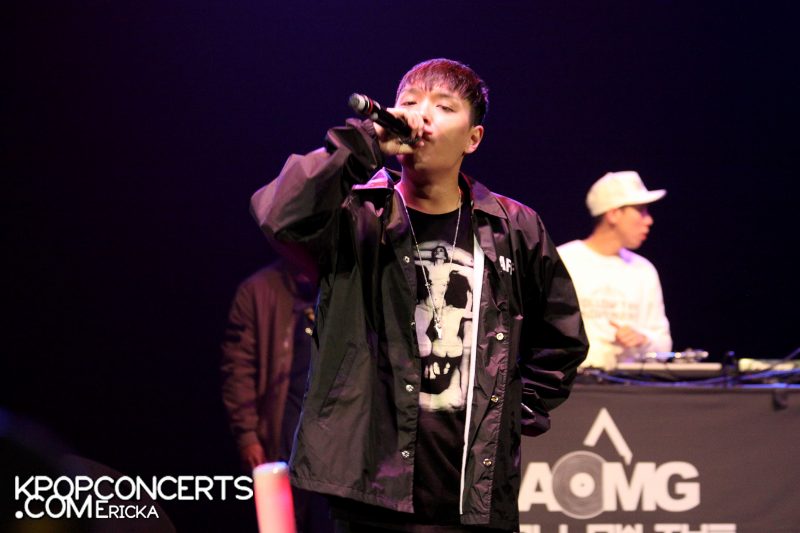 The night kicked off with a powerful entrance by Simon D. The former Supreme Team member swaggered onstage and started off with his self-titled tracks “Simon Says” and “Simon Dominic.” The heavy gangsta rap had fans bopping their heads to the beat and chanting his names in time with the lyrics. During the talk segment, Simon D introduced himself and was not shy to remind the audience of his Busan and AOMG pride. He took a brief moment to explain (through his semi-proficiency in English and comical coughing noises) how Loco had caught a cold and spread it to him and Jay Park. However, the rapper was not one to disappoint as he proudly exclaimed “But my condition is the mother f*cking best!” With that being said, Simon D finished up his set with his smoother rap jams such as “Won and Only” and “Lonely Night” before closing off his set head banging to “Dang Dang Dang.” 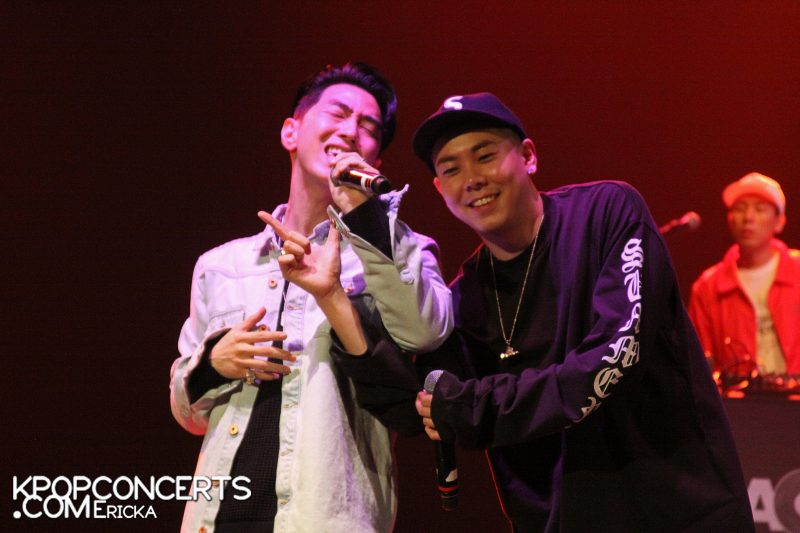 AOMG’s rapper Loco followed suit with his energetic set. The artist rose to fame after winning the first season of hip-hop survival show, Show Me The Money, and recently served as one of the AOMG producers for the fourth season alongside Jay Park.  Loco delivered an upbeat rap in “High No More” and “If I” before being joined by AOMG’s producer, Gray.  Gray has served as one of the label’s main producers and has participated in many of the label’s albums.  The duo performed several of their hit songs together and had the fans screaming with their fan interactions.  Gray had his own time to shine and performed “Summer Night,” “Dream Chaser,” “Dangerous,” and “In My Head” from his Call Me Gray EP while Loco wrapped it up with his first single, “Hold Me Tight.” 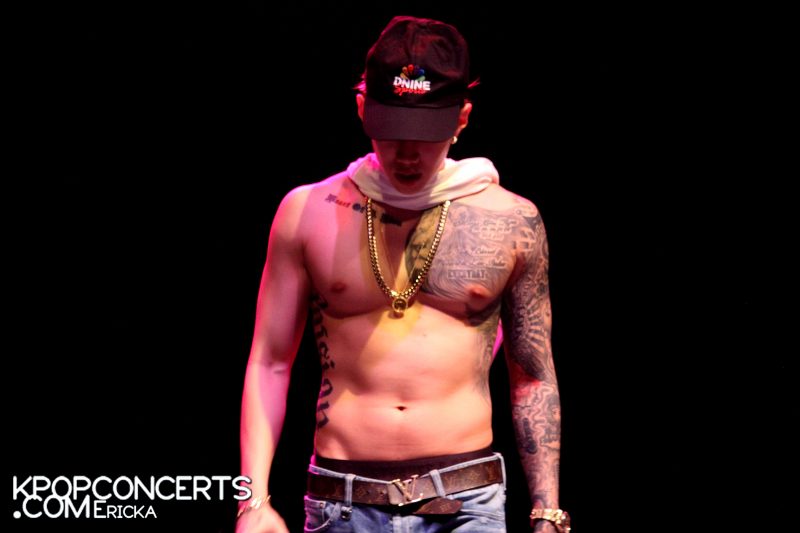 Co-founder Jay Park took his turn on the stage and closed off the night with an extensive set list ranging from his first solo album New Breed to his most recent album, ₩orld ₩ide. Aside from his sweet high notes, sick rap, and smooth moves, the artist is also known for his muscular physique. His set opened up with “2nd Thot” and was promptly followed by fangirl screams to take his clothes off.  Jay is no easy man, however, and he cheekily responded “Hold up, it’s only been three minutes alright. Damn. Can I get some dinner and a movie first?” Jay had been suffering from a sore throat and cough throughout the tour and apologized in advanced for his supposed less than flawless performance. However, the singer’s condition did not hinder his performance during his choreo-filled tracks “Solo” and “You Know” and flawlessly reached the high notes in “JOAH.” The whole AOMG family  and surprise guests Ben Baller and Far East Movement’s Yultron joined Jay onstage and closed off the night with “Bo$$$$$,” “Thinking About You,” “No Manners,” and “I Like 2 Party.” If you still have yet to tap into the growing Korean hip-hop scene, we highly recommend attending AOMG’s heart-stopping gigs in the future.