‘MBC Korean Cultural Festival in London 2012, in celebration of the 2012 London Olympics, showcasing the very best K-Pop artists and shining a spotlight on Korean tradition’ 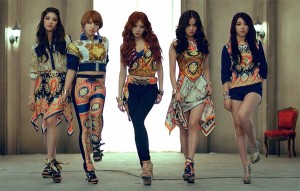 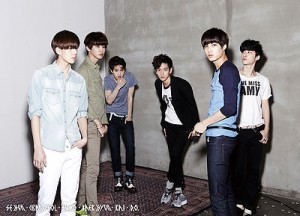 “This cultural performance is sponsored by Korean Ministry of Foreign Affairs and Trade / Ministry of Culture, Sports and Tourism . It will highlight the elegance and dynamics of Korean culture.”

With only a few days to go, Kpop fans across the U.K. are getting ready for the first ever Kpop festival in London which will be held saturday, June 23rd at London’s indig02 arena hosted by Korea’s leading broadcasting company, MBC. K-pop artist include 4minute, Norazo and Exo-K aswell as well other Korean culture icons such as known hanbok designer Park Sul-Nvero will also take to the stage.

With-in the first 10minutes of ticket release, ticket sites were slowing down due to the amount of fans trying to get seats. In 3hours, all 2500 tickets were sold. SHINee were the first ever Kpop group to hold a concert in London in 2011 which also sold out in minutes and even crashed the Odeon website completely. Then again in late 2011 United Cube concert in London had a huge turn out, Showing the Korean Wave ‘Hallyu’ is getting a lot stronger in the U.K, especially since the attention London is finally getting from main companies. U.K fans hope to see a lot more K-pop in London in the future.

4minute, Norazo and possibly Exo-K (Depending on schedule, they may arrive friday) will be arriving at London Heathrow airport tomorrow, Thursday 21st, 5: 15pm flight KE907  at terminal 4. Many fans have arranged to go and give  the idols a warm welcome.

KpopConcerts will be updating and covering the concert and activities over the next few days.