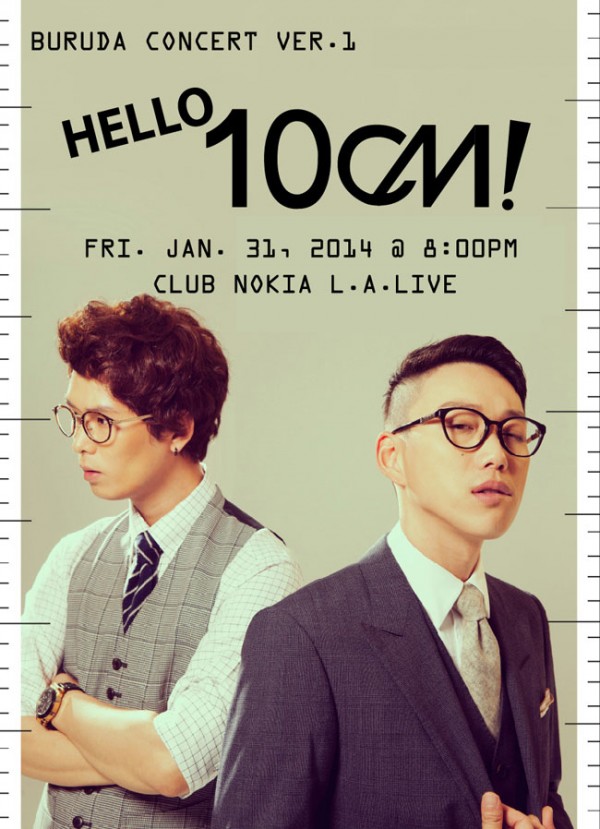 After announcing U-Kiss’ and CNBLUE’s U.S. stops, Powerhouse has revealed its latest addition to the January concerts.

10cm, named after the height difference between the members, debuted in 2010 with “Americano”.  Since then, 10cm has released other hits such as “Today, I’m Afraid of the Dark”, “Fine Thank You and You?” and many more.

Kwon and Yoon’s remarkable musicality earned them the “This Year’s Discovery Award” in the 2010 Mnet Asia Music Awards (MAMA) and “Best Pop Song Award” in the 2011 Korea Music Awards.  Known by many as “the ultimate Indie group of South Korea”, 10cm will surely leave fans with a breathtaking concert.

Want to know more about the K-indie group? Check out some of its biggest hits below!

“Today, I’m Afraid of the Dark”

“Fine Thank You and You?