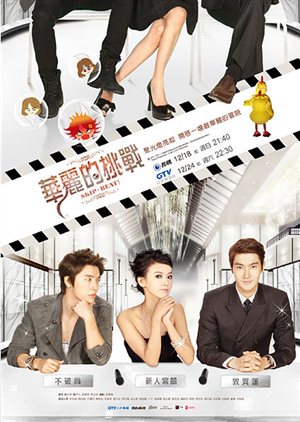 Gong Xi (Ivy Chen) sacrificed her life to support her boyfriend, Bu Puo Shang ( Lee Donghae), so he could become a successful singer. One day, Shang suddenly breaks up with Gong Xi calling her a boring bumpkin, leaving her with nothing.Gong Xi then vows revenge and decides to delve into the entertainment world and become even more successful than Shang to get back at him. Gong Xi therein meets Dun He Lian (Choi Siwon) , another actor in her agency who at first hates her but later on helps motivate her to become a top entertainer.

So far only 3 episodes of this drama have been aired but already I am finding myself waiting impatiently for the next episode just to find out what happens. Like any other SUJU (Super Junior) fan I will not deny that I was first attracted to this drama because Donghae and Siwon were starring in it..but I have to admit the drama is growing on me. Being very used to Korean dramas I was a little taken back with all the over acting and over drama sequences in the drama and it took a whole episode to just get used to it..I dare to say Korean dramas are a little more realistic!

However, the characters are definitely endearing especially the main character Gong Xi- who reminds me a lot of Park Shin Hye from You’re Beautiful-. Bu Puo Shang played by Donghae is the selfish bad boy who doesn’t care about anyone’s feelings- a total opposite of Donghae’s actual soft and kind character- so its definitely fun to watch. Dun He Lian played by Siwon is the arrogant actor who is surprisingly  curious about Gong Xi because of her boldness and keeps an eye on her.

Overall, even with the over dramatic scenes , the different language and Donghae and Siwon’s voice overs…I like this drama and would recommend it to anyone who loves romantic comedies because by the looks of it this is going to be a good one! :)

So Far so good! I will do a full update when the drama concludes to let you know what I thought.

In the mean time ..Enjoy! 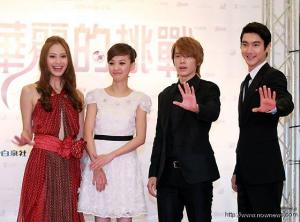