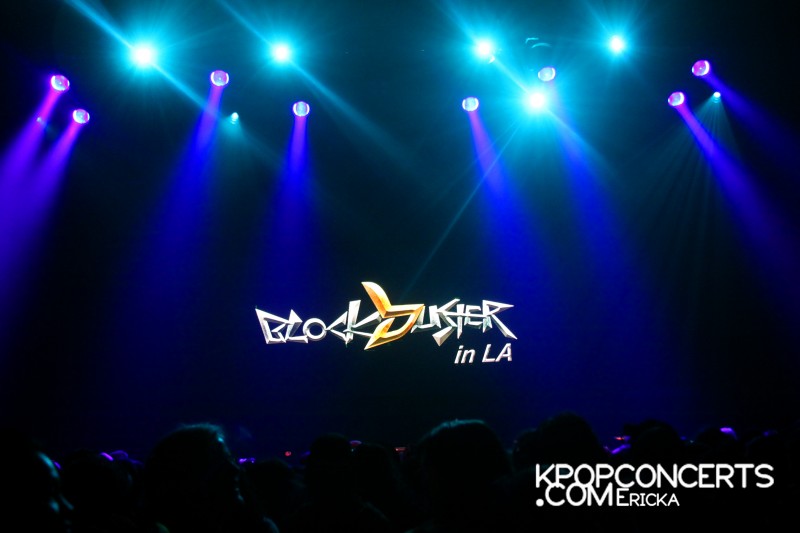 What better way to warm up the chilly LA nights than attending one of the hottest Korean hip-hop shows to date?  Presented by SubKulture Entertainment, Korean hip-hop idol group Block B embarked on their Block Buster US Tour that took the group to San Francisco and Chicago and wrapping it up at Club Nokia in Los Angeles. 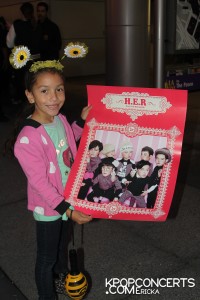 Several eager VIP ticket holders had already camped out overnight to ensure the best spots possible for the much anticipated show.  Fans sported their best BBC attire, some wearing bumble bee outfits, fan-made shirts, and carried placards and small hand signs sporting their favorite member’s names.  The youngest fan of the night, Luna, came ready to turn up with the rest of the fandom – armed with the official Block B light stick, a Block B “H.E.R.” era poster, a cute sunflower headband, and her handmade Kyung t-shirt – ready to roll with the rest of the fans.

Some individual fans took matters into their own hands with a variety of fan projects, such as hand banner designed after Block B’s ‘Very Good‘ album that read “Block B는 Very Good!”  Other BBCs came up with an exclusively designed cake and cupcakes with the official fan club colors. 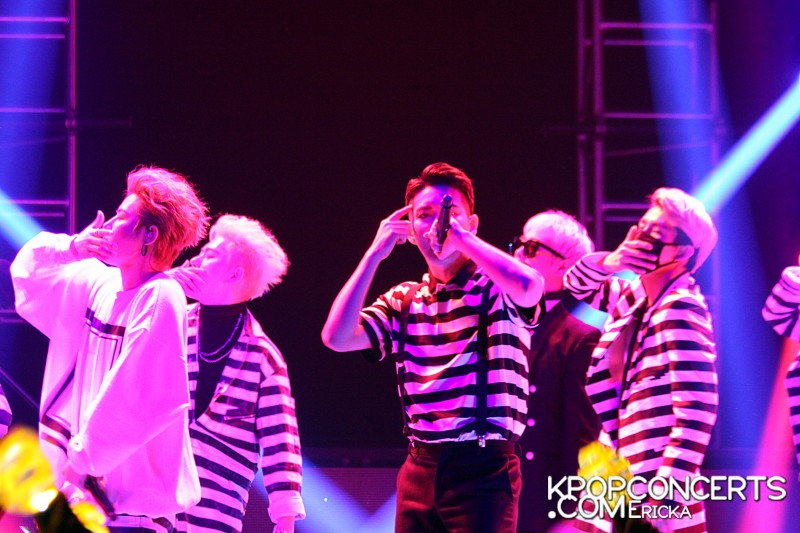 The excitement and earth-shaking screams of the fans in the entire arena overshadowed a slight malfunction with one of the LED screens (i.e., the members were supposed to come out from the mouth of a clown projected on the screen), but the members’ cool and collected demeanor did not deter them from delivering a fantastic opening, kicking off with their latest track, “Very Good.”   Adorned in in striped-prison attire, the septet jumped right into their next set with a short snippet of their debut single, “Freeze” followed by “Wanna B.”  P.O then had the crowd chanting “Raise your hands if you hatin’ me” before jumping into their next song, “Halo.” 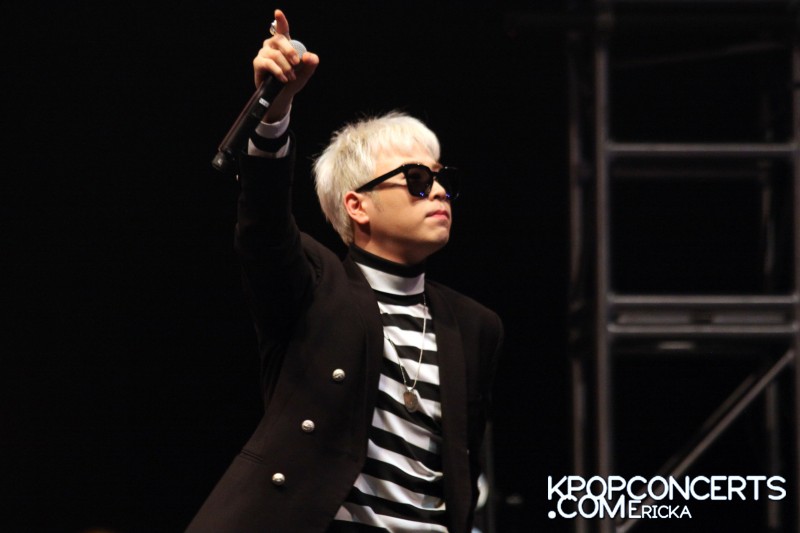 The boys made every effort to converse only in English during their short breaks in-between songs.  They introduced themselves with their signature catchphrase, “Do you wanna be? Block B!” that caused the fans to erupt in shrill screams.  Kyung shared, “Even though this is our first concert in LA, we are amazed that so many came to see us. Make some noise, Los Angeles!”  B-Bomb emphasized that they will put “every strength and every effort to make this show great for all of you.”  The others made brief hints to the impending hot stages.  Block B’s main dancer, U-Kwon, teased fans by saying, “Do you want it?” accompanied by his signature body rolls.  The most entertaining member, however, was P.O.  The rapper repeated U-Kwon’s words and jumped around the stage making cute, dorky, and sexy poses to the crowd. 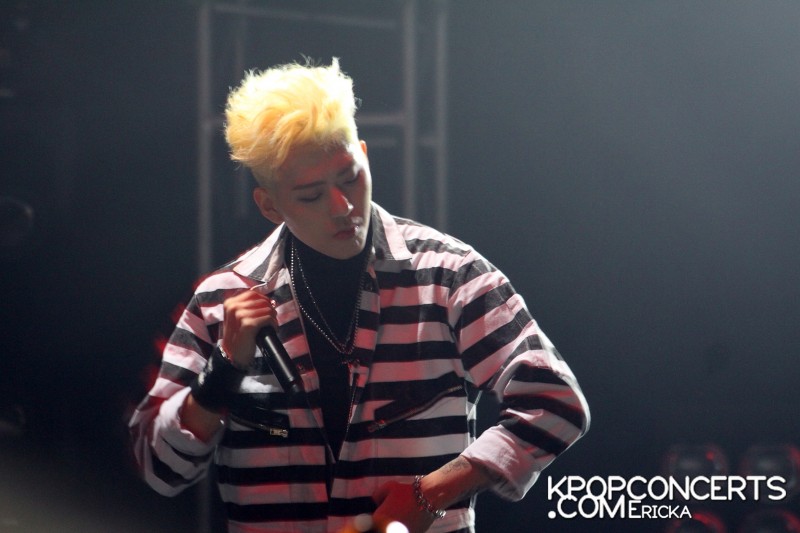 The US tour followed a strict “super villain” theme with references to some of the most iconic super villains from blockbuster movies.  The VCR featured baby-faced U-Kwon dressed up as the Jigsaw from the Saw series.  Instead of threatening the crowd with a life-or-death game, “Jig-Kwon” ordered fans to follow his cute, step-by-step choreography (or else!).  The interactive intermission bought time for Block B sub-unit, BASTARZ, to prepare for their set. One of the most anticipated performances of the night was when P.O, U-Kwon, and Taeil slayed the crowd with their sub-unit’s debut song, “Zero for Conduct.”  Zico performed “Okey Dokey,” his much acclaimed rap single featured on the rap-competition series, Show Me The Money 4.  The group’s leader laid it out all on the stage as he single handedly commanded and won the whole room’s undivided attention. 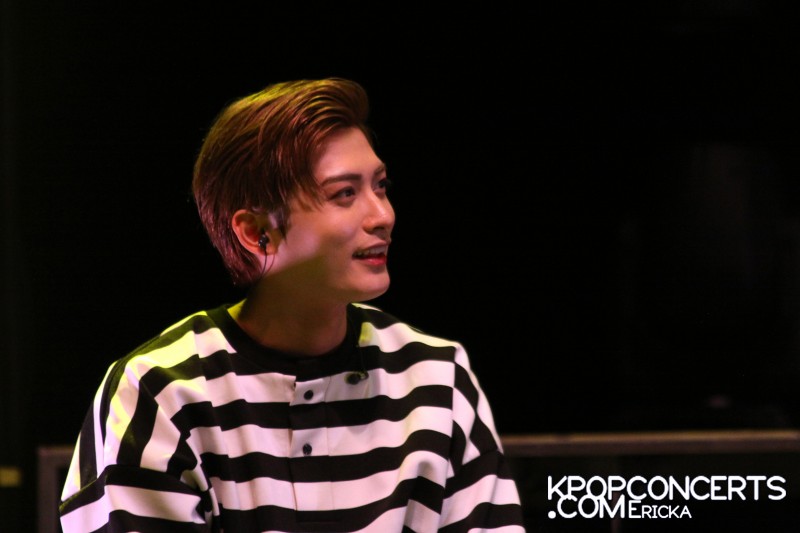 Unfortunately, one of the group’s vocalist, Jaehyo, had to sit out throughout the whole show due to a foot injury.  While this may bum most artists out, Jaehyo kept his spirits up and made the most of what he had on the edge of the stage.   He danced in his seat, performed signature choreographed moves to the best of his ability, and still sang his heart out.  In those few brief performances that incorporated more freestyle moves, Jaehyo stood up from his stool and admirably hopped and bounced one-legged to the beat of the songs.  Kudos to him! Nothing can keep a good performer down.  In addition, a masked backup dancer filled up the injured member’s space in the choreography.  His sleek performances, calm demeanor, and overall showmanship allowed him to seamlessly blend in with the group. 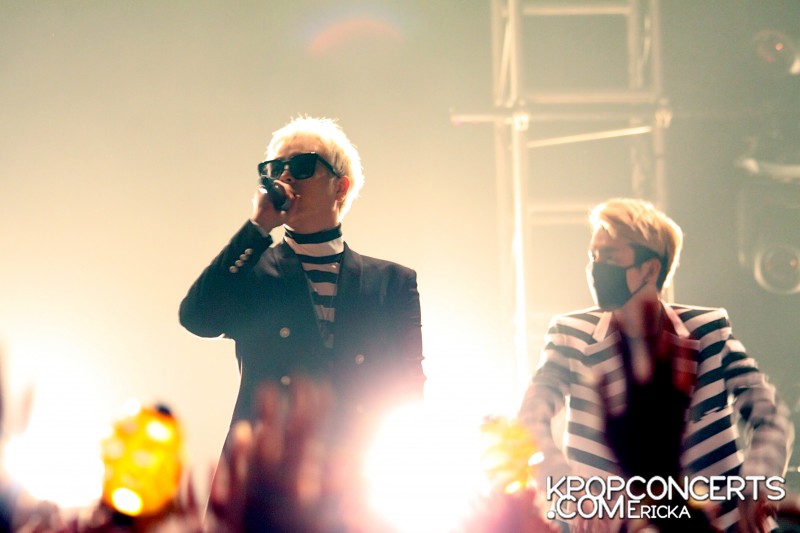 With the show coming to a close, the members shared their finals thoughts with the fans.   They were shocked at how fast time flew by and wished to return in the near future to meet their LA BBCs again.  To end the night with a bang, Block B performed “Nanlina,” “Have A Nice Day,” “Very Good (Rough Version),” and “Movie’s Over” for their encore stage.  The boys finished strong and fans left with a memorable night they will surely never forget.

Want to see more photos from the show? Click the photo below to be taken to our photo gallery! 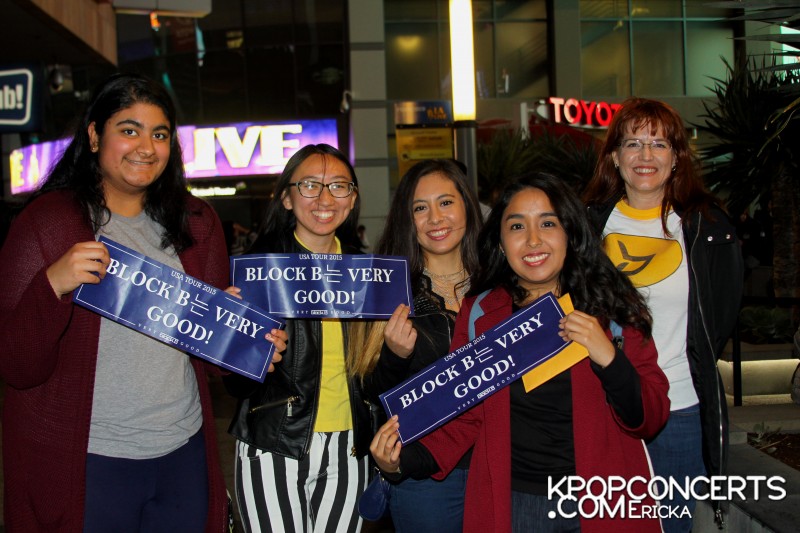 [GALLERY] Block B in Los Angeles