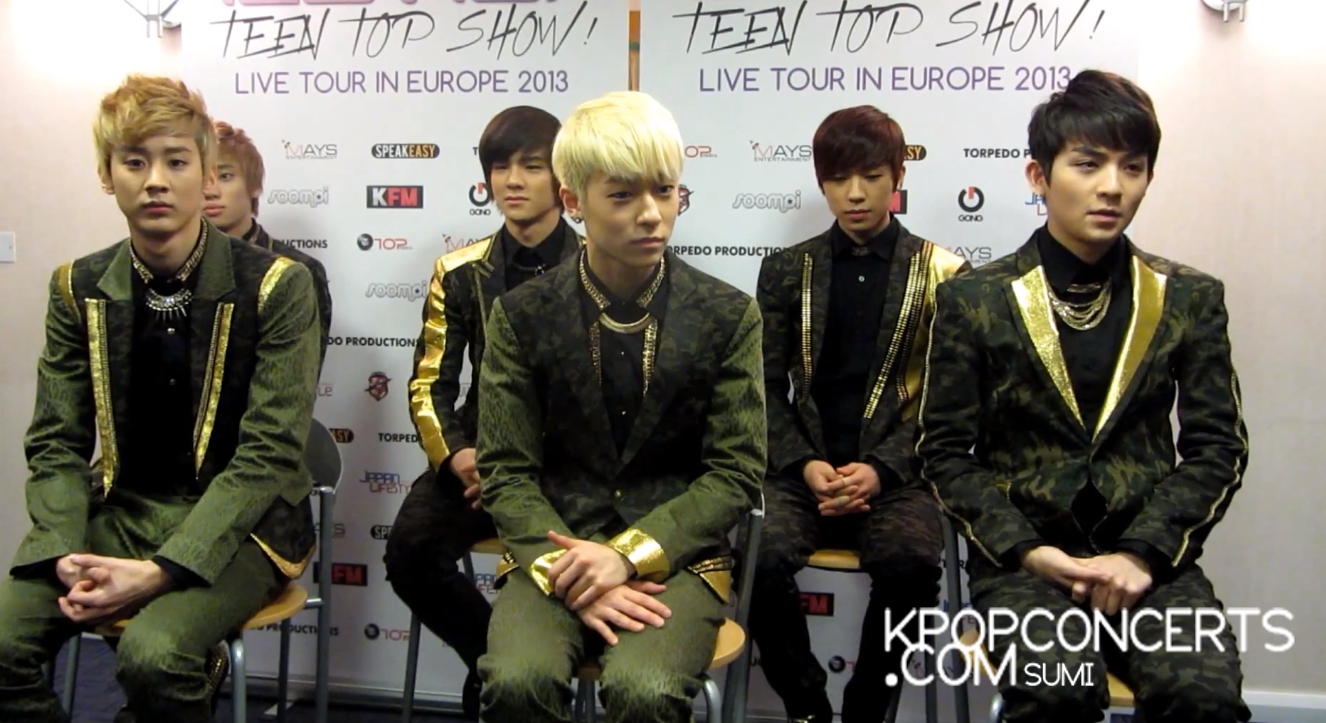 After their first European tour, Teen Top is ready to start their next promotion, this time with the release of a full album.

South Korean group Teen Top was the first idol group to travel to Europe as part of their tour. Their arrival to Europe have thus projected the boys under the spotlight, and international fans were eager to see them perform on stage.

Upon their arrival to the UK, Teen Top held a press conference on February 7, after in which Kpopconcerts were able to talk face to face with their members and also have an exclusive. Check it out!

With their recent release of their new single “I Wanna Love,” the members had many fans eagerly anticipating their full album. Teen Top has released their upcoming teasers for itsnew album NO1 and will release their full album tomorrow at 12pm KST. The group will also have its showcase performance on the 26th at 6:30pm KST.

Kwanghee Gained 1.5cm in a Year