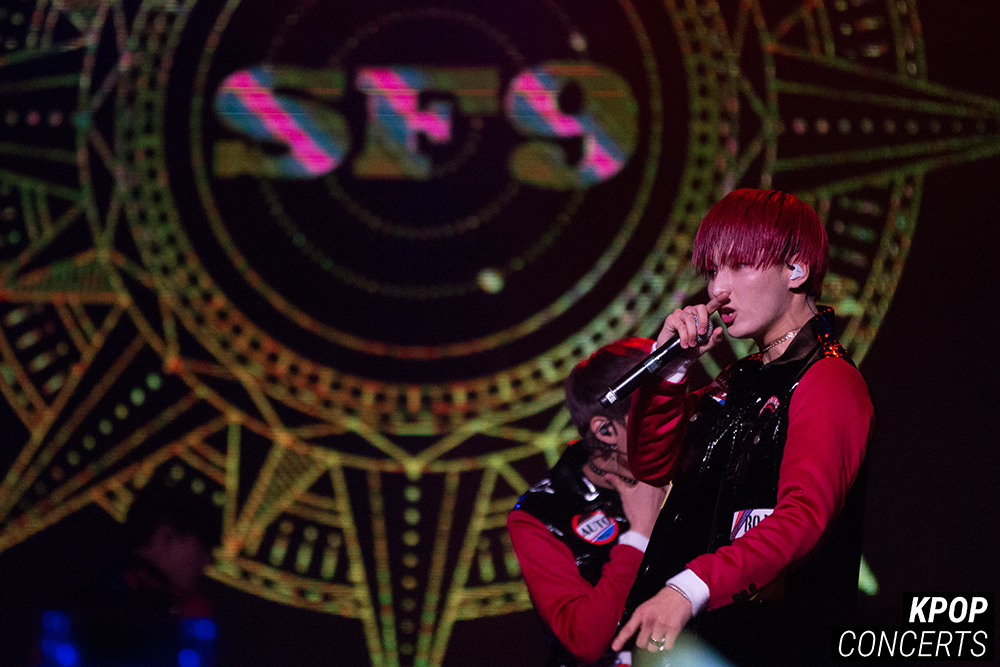 November 15 was a fantasy come true for Fantasies of the nine-membered group SF9. Now a bit past their two year debut anniversary, SF9 is FNC Entertainment’s latest junior group to AOA (of “Miniskirt” “Like A Cat” fame) and the company’s first ever idol group. Fresh from their recent single, “O Sole Mio,” SF9 was ready to meet stateside fans on their first fanmeet tour with stops in Dallas, Seattle, and Chicago. Despite the Wednesday night time in the music-friendly neighborhood of Deep Ellum, many fans were already lined up since early afternoon, eager for a glimpse of the boys and to interact with fellow Fantasies. 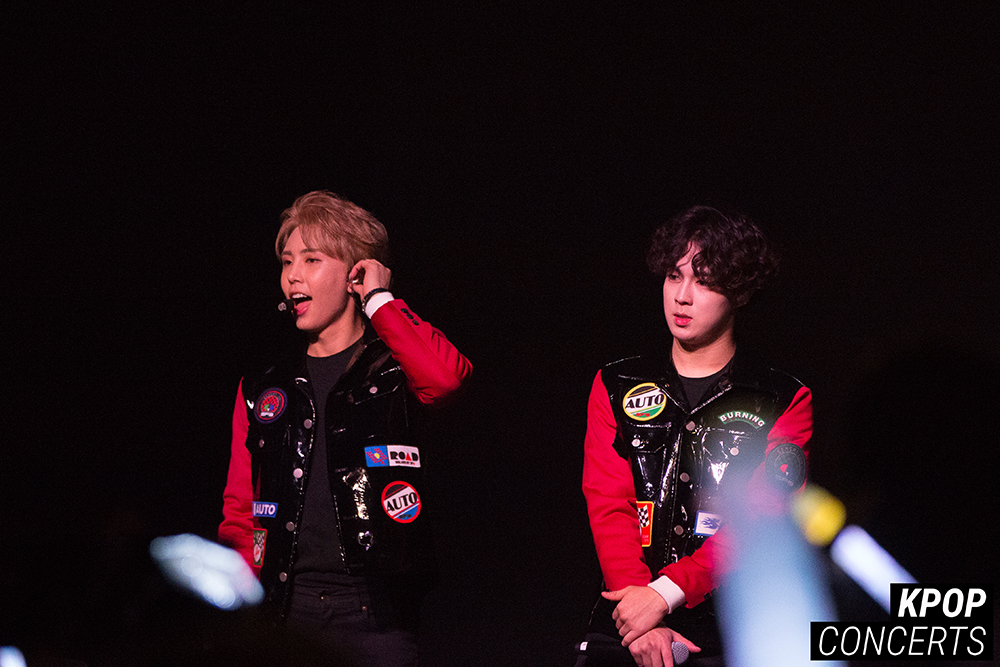 The show started promptly at 7:30PM, and when the lights dimmed, fans got what they were waiting all day in line for. Without any further fanfare, the lights focused on center stage, and there stood nine boys dressed in vinyl leather varsity jackets coupled with white ripped jeans. Having debuted with “Fanfare,” it was only apt for the night to open with their debut single, and fans loved every moment of it. “Roar” was also another fan-favorite as this song really showcased the members of rap line and a solid dance break performance from member Taeyang (not to be confused with Big Bang vocalist). “K.O.” was the third number, and this was an absolute visual performance. The song captured the audience with its signature wheel-formation dance, but that wasn’t the only intricate formations to have fans cheering for more. All three numbers reminded fans of SF9’s beginnings in the bold and brassy sound style. 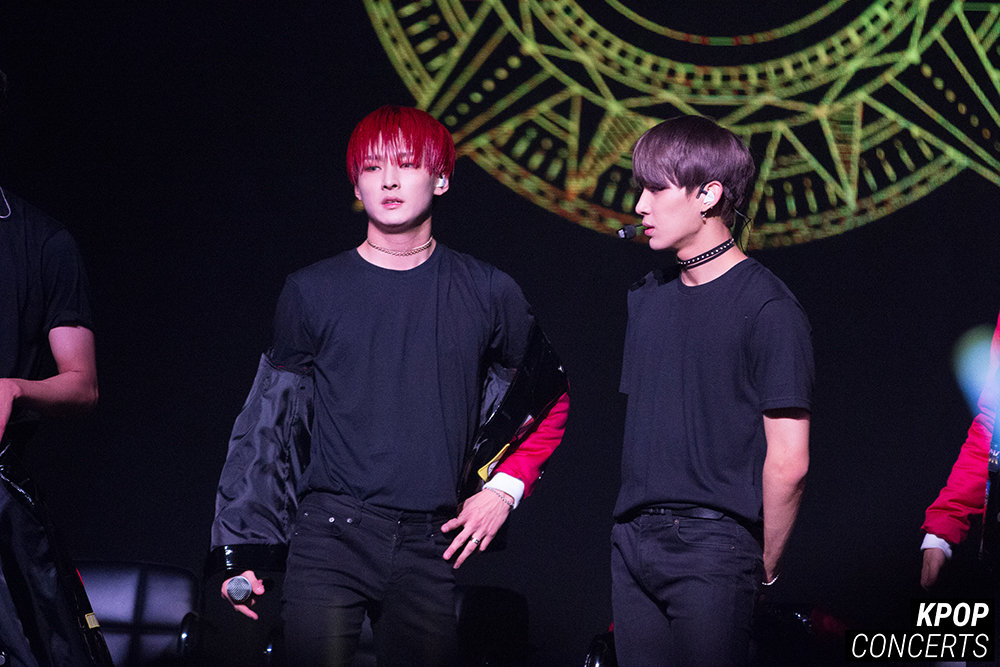 The night took a break in the form of the first commentary, featuring a saccharine introduction video of the members. Needless to say, a few fans’ health was jeopardized as each member affectionately greeted the audience. Shining through with his English from his one year abroad in London was member Insung. He was impressive in conversing with fans comfortably. Member Taeyang was asked to dance to girl group songs, and he adorably complied to Twice’s hit song “TT.” Not willing to be the only member subjected to embarrassment, he soon had all members up and dancing. A few members were quite enthusiastic. Each rapper was allowed to showcase their rap styles during the introduction as well. 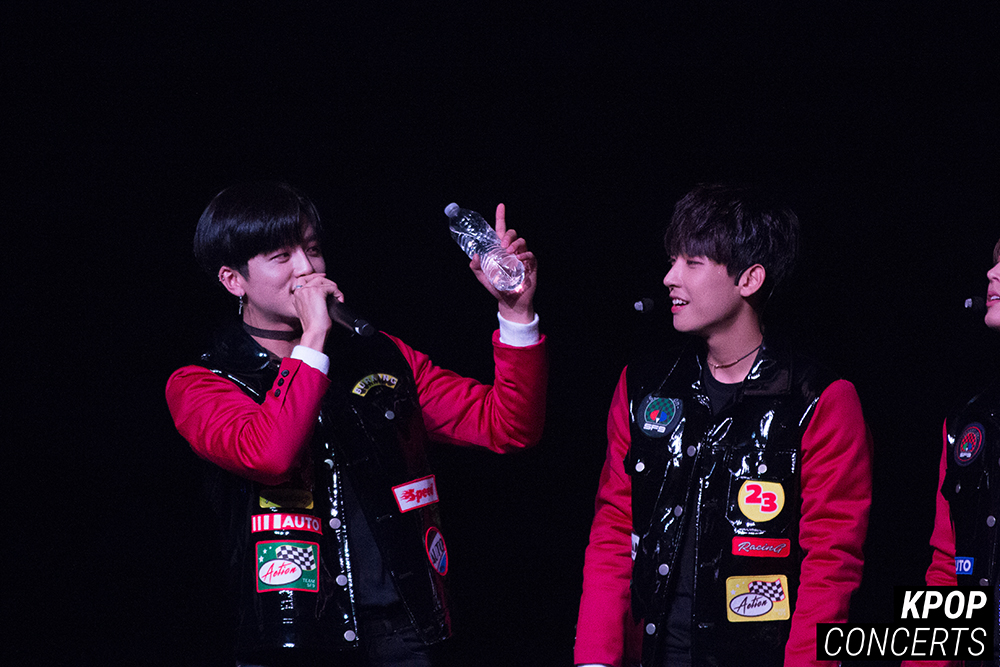 The next song up was “Jungle Game,” which could have passed for a title track. Fans have already caught a glimpse of it from the boys’ performance at KCON LA this year, but they sure were not about to complain to see it again in such an intimate venue setting. SF9 then threw in a nice treat for their foreign fans to a rendition of Austin Mahone’s “Dirty Work.” Member Da Won was the most visibly into the song, with obligatory body rolls as fanservice. “Let’s Hang Out” was a great switch up in tone and musical style. Sweet and slow helped fans and members recover from the previous hard-hitting numbers. From there, the set transitioned into moodier vibes with “Easy Love,” arguably the group’s most angsty number yet. Promptly at 9 pm, the boys wrapped up their Dallas leg with their latest solo “O Sole Mio,” complete with fancy choreography featuring their caped shirts and bits of Spanish sprinkled throughout. 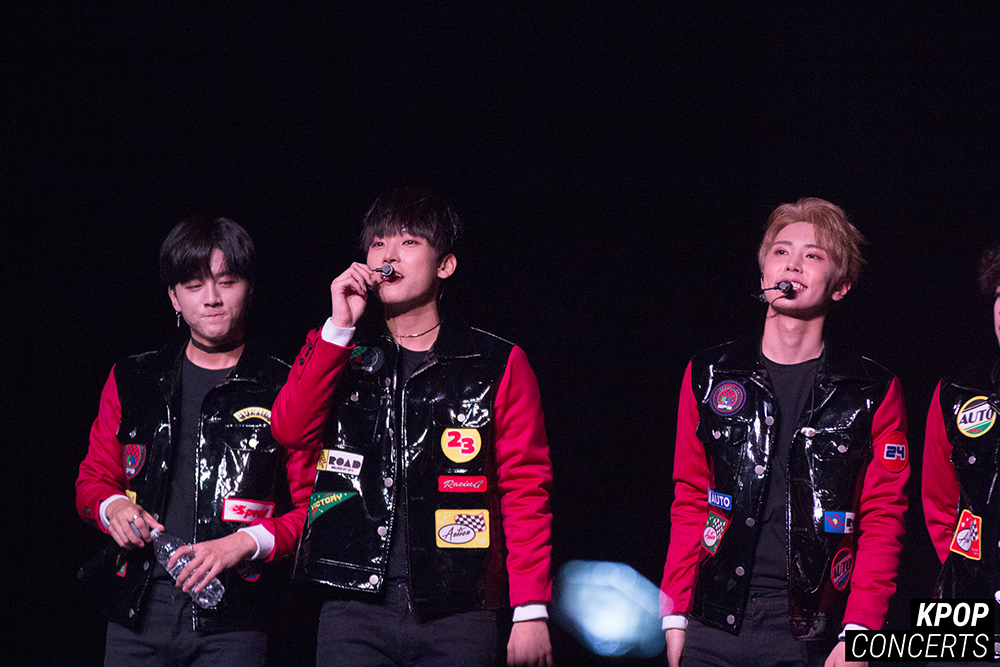 Fans were not disappointed in this brief yet compact first fanmeet of SF9. Replete with a photo opportunity for P1 ticket holders, Hi-Touch for P2 ticket holders, and a signed poster for P3 ticket holders, every fan left the venue with smiles on their faces and ready for the next K-pop sensation to come to the city of Dallas. And that couldn’t be more possibly welcomed.