Fans who had waited at the Fonda Theatre since 6AM on Tuesday, June 5 enjoyed Eric Nam’s flirtatious soulful show on the first stop of his Honestly tour. The Korean-American singer kicked off his first solo US tour named after his third mini-album, Honestly, which reached #6 on Billboard’s World Album Chart. 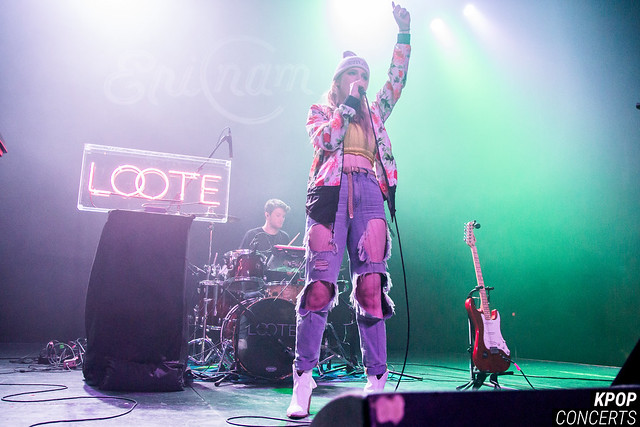 The pop duo, Loote, opened for Eric, performing a six song set. Jackson and Emma of Loote took turns rocking out to their tracks and jamming keyboard or guitar while their drummer accompanied them. The two integrated “No Promises” — their first charting Billboard Top Ten track co-written and co-produced by Cheat Codes that featured Demi Lovato — into their set list, and they saved their latest single, “Your Side Of The Bed” for the last song of their act. 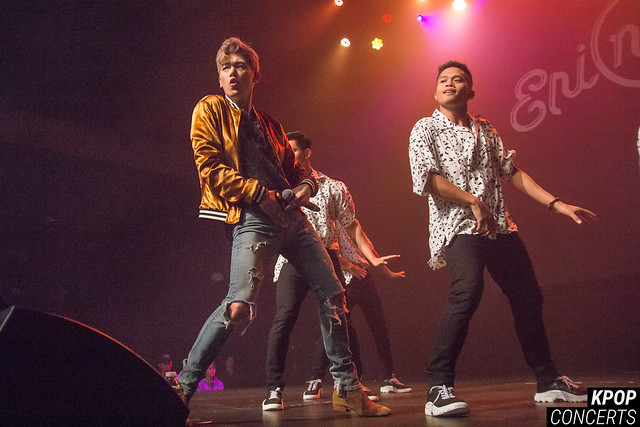 By the end of the opening act, general admission as well as the mezzanine level was filled with the standing room packed to the back wall. It took about 15 minutes for Eric Nam to grace fans with his presence and open up his set with one of his newest songs off the album, “Potion.” Four male dancers outfitted in white patterned beach shirts and black pants accompanied Eric with light, Latin-inspired choreography. He went straight into the next few songs from Honestly, “Don’t Call Me” and “This Is Not A Love Song.” He continued on with a throwback nod to his last mini-album, Interview, with the titular song along with a belting nod to one of the first songs he ever wrote, “Heaven’s Door.” 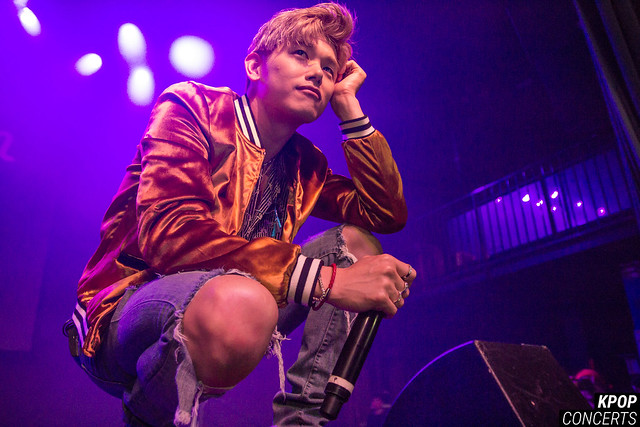 In between songs, Eric, the natural emcee that he is, delivered great fan service by giving multiple water bottles to fans after he drank out of them, encouraging everyone who was thirsty to stay hydrated. As one can imagine, fans enjoyed that line. They also loved the attention that he gave to his younger fans there with their parents. Nam Nation, Eric’s fanbase, received another treat as he premiered an unreleased song, “Float,” which sported a grooving house beat that will be featured in the upcoming Hotel Transylvania movie. 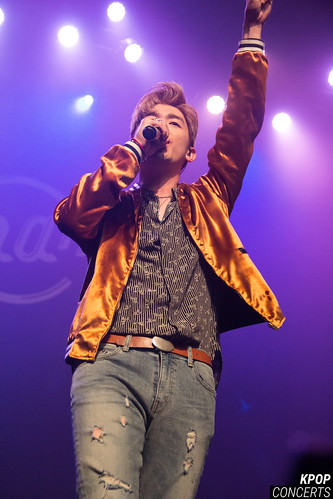 Eric noted that this was the first time he had performed in front of a crowd in a while and that he even had a little freak out when he was first on stage. But, because of his charm and confidence in some of the higher notes he nailed in his songs, especially “Float,” the vibe of the entire concert was smooth.

And smooth was certainly the vibe for one of the fan favorites, his soulful collaboration with Gallant and Tablo in “Cave Me In.” Eric sang Gallant’s part as well as his own, keeping the crowd engaged even though he was still alone on stage. The sensual “Body” followed with a return of his dancers and the debut of body rolls, hip swishes, and the licking of lips that frenzied the Nam Nation in attendance.

As the show neared to a close, Nam brought out and performed “Into You” with his friend, Tisa (also known by her stage name Kolaj). The duo previously performed the song together at KCON 2016 LA. Eric shared that the song was written while he was hungover after a night of drinking soju with Psy. He met Tisa the following day and joked that he wrote the song while he was lying face first on the floor. The sold out venue knew that was not the end and as the stage went black, they chanted Eric’s name for the expected conclusion with the mini-album single, “Honestly.” The encore concluded with “Can’t Help Myself.” 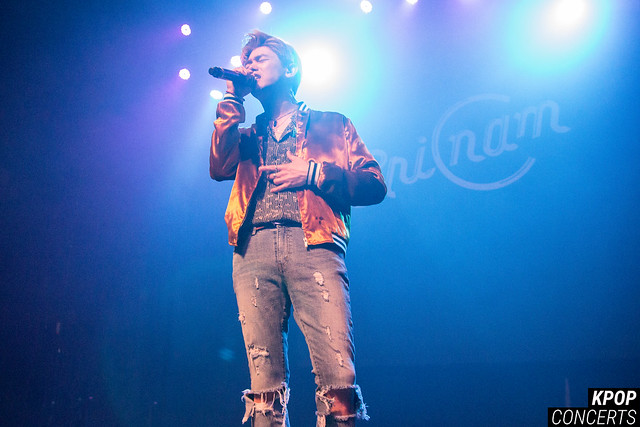 Following the performance, a VIP fan crowd of around 150 people gathered in line to wait for meet-and-greets with Eric, and he pleased them all. For a nearly one-man-show, Eric Nam was solid not only in his ability to make his fans feel valued, but also in his stage presence and vocal range. The Honestly Tour will honestly enlighten crowds around the Western Hemisphere with what Eric Nam, the Korean-American jack-of-all-trades, can do. [KPOP GALLERY] 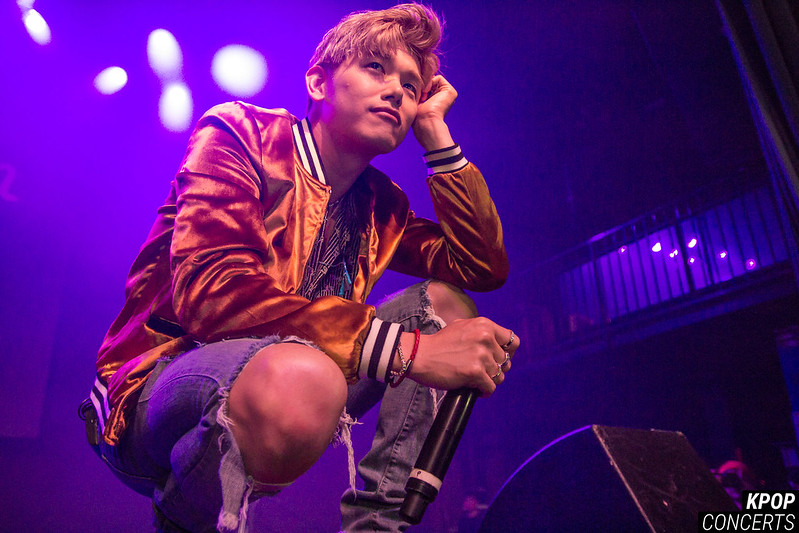