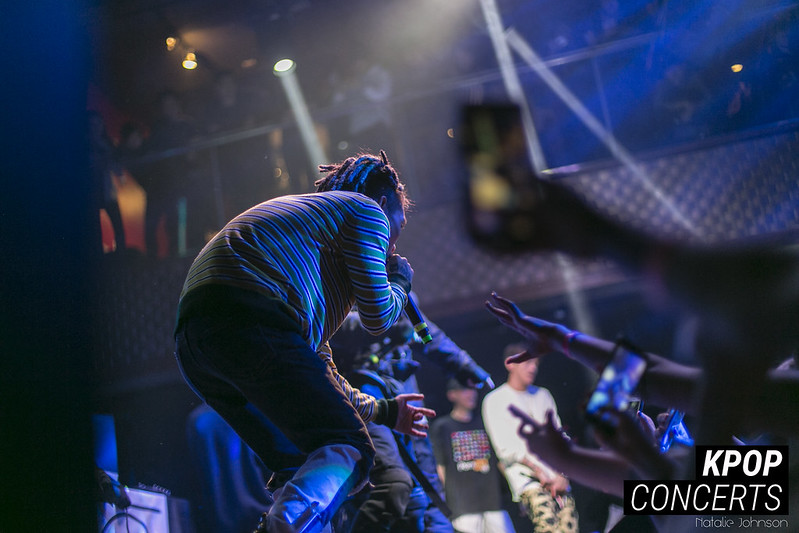 Korea’s most progressive, talented. and hottest hip hop artists got together to create music under the Just Music label. They took it on tour this year under the name “We Effect Tour 2017”, (incidentally the same name as their album.) Just Music Entertainment was developed by former Brand New Music artist, Swings. This team of underground rappers stepped onto the stage one at a time with a two to three song medley each. It was kind of like a sample concert. A raw taste of each artist’s work and style. Every one of the rappers graced the stage with cool street wear fashion, sexy moves, and expressive tracks. 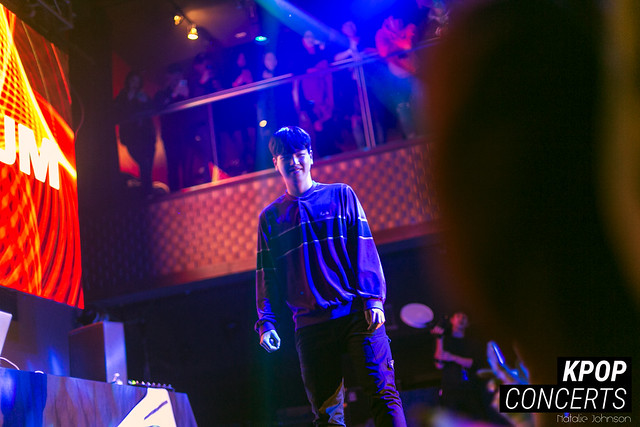 The first member on stage was the newest arrival to the Just Music Entertainment team, Osshun Gum. Choi Ha Min or ‘Osshun Gum’ called by Mnet ‘School Rapper’ recently joined the label in spring of this year. Osshun Gum warmed up the crowd with two songs, one from his first album under the Just Music label, “Come for You” and his back in the day “Osshun Waves.” 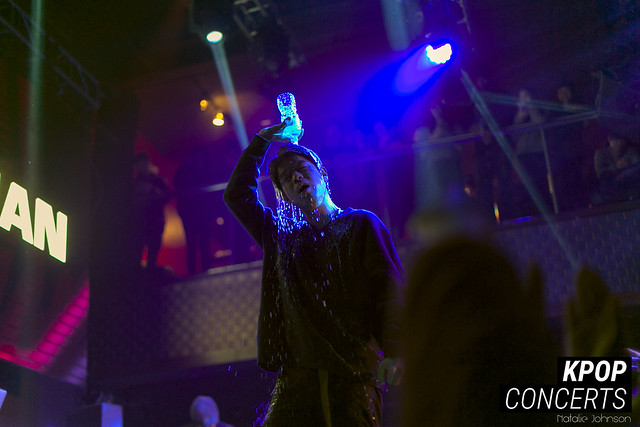 Next up was Han Yohan, who officially joined the Just Music label in late 2016. The singer-songwriter and guitarist he has worked in the past with infamous artists including Zico, Verbal Jint, Tablo, Jay Park, and Leesang. He performed tracks from his Musashi EP, “Kurt Cobain“, “I’m Sorry“, and “Super Saiyan“. 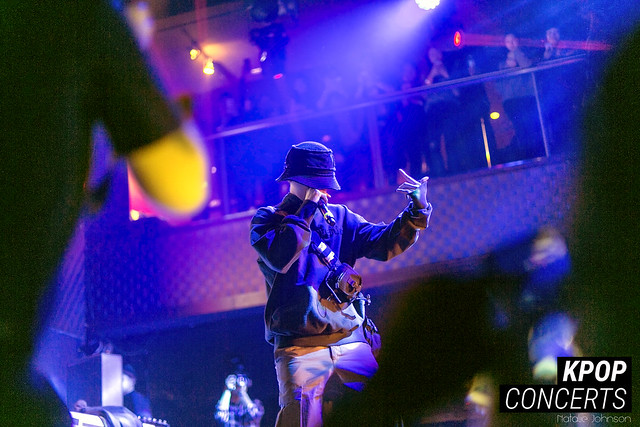 Then the mood started to simmer and boil when Giriboy demonstrated his urban style hip-hop as he performed “Zoa” and “Space Flight 2”. 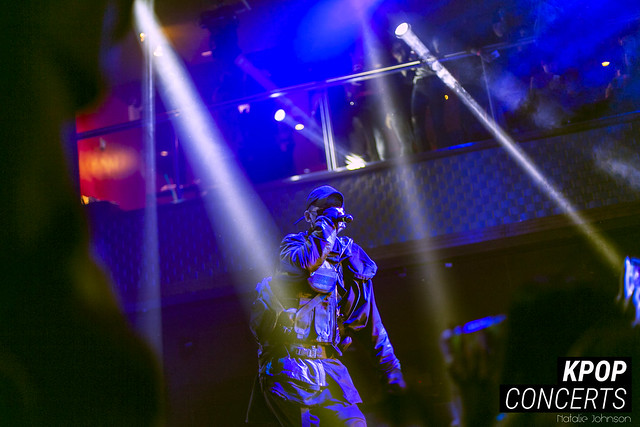 Genius Nochang, acclaimed producer and rapper, bolted onto the stage to perform his, “Ching Chang Chong”, and “Turn Up.” Bam, just like that, Goretexx, fashion icon/model/rapper, and Black Nut burst onto the stage. Black Nut’s unfiltered lyrics won the hearts of many during his appearance on Show Me the Money 4. The crowd was fired up and the guys were jumping and screaming lyrics to Black Nut’s, “100”. And honestly, there was a sense of desperation from the males in the audience during this session of the concert. 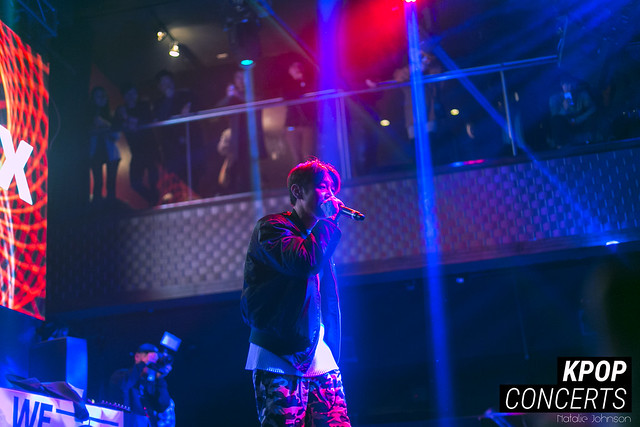 Vasco, who changed his name in January of this year to “Bill Stax,” showed up his tracks “Giddy Up” and “Lotto”. Back in his Vasco days, Bill Stax commanded much respect in the underground K-hip hop community and witnessing the crowd’s reaction, he still does. He also had nicknames such as “Nasty” and “Korean Eminem” due to his meaningful lyrics. 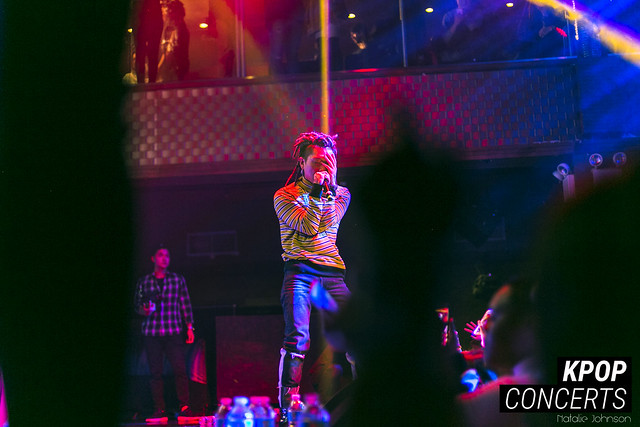 Now, as soon as the screen introduced C Jamm’s name the females in the audience went wild! They started pushing each other, jumping on seats just to get a small chance to touch the rapper. Bill Stax and C Jamm rocked the stage while I heard girls screaming, “Daddy!” His blonde dreads fit his vibe as he sang “Know”, ‘nuff said. 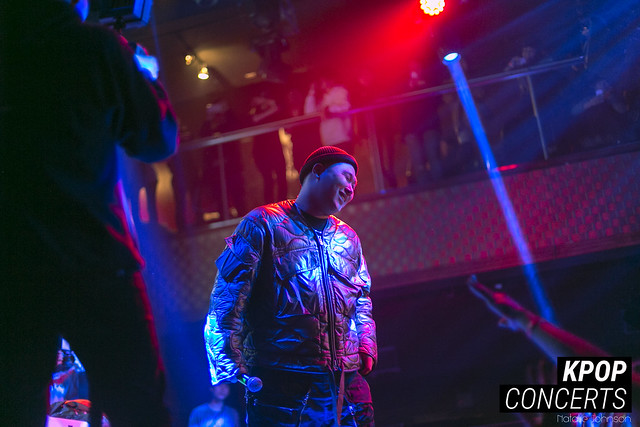 Then like a boss, Swings, the leader of Just Music, strolled out amongst the crowd and blew things up with “Bulldozer.” He is self-confident and poised as he offers the ladies a ballad to show his love. The females were swooning; and rightfully so! Swings has unmatched class and style. 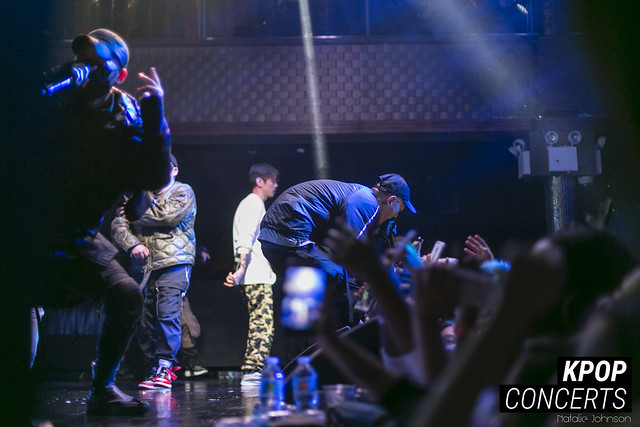 The finale then kicked off when the whole Just Music crew took stage to perform their collaborated tracks, such as “Carnival Gang,” “Rain Shower,” “Too Real,” and “Sushi.” These tracks are an eclectic mix of each of the artist’s talents and strength melted into a musical vibe that any hip hop aficionado can enjoy.

The We Effect album as well as the previous Ripple Effect album are definite must haves. The “We Effect Tour” experience was a fun smorgasbord of hip hop music samples that quenched the fans thirst, while bringing the crowd closer to each and every artist with each passing song. The crowd, male and female, devoured the beats, sounds, and rhythms with a hunger only true K-hip hop fans feel. NYC was “lit” with this party-style concert. But it did not end there, there was the After Party! WESKE Entertainment and Just Music Entertainment made it a great night to party on a Saturday night in NYC! 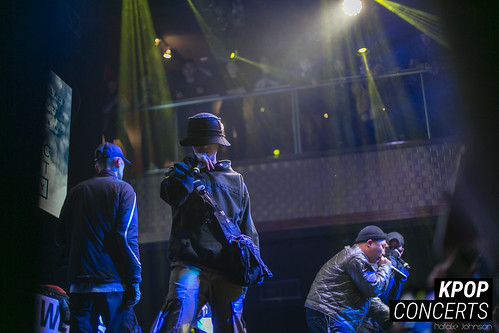