In the Granada Theater, fans excitedly buzzed for what was to come. Last night was the first time the 10-member group came to Dallas, Texas to greet their fans, HONEY10s. UP10TION debuted three years ago under the same label as senior group Teen Top. As an all-Korean group, Jinhoo, Kuhn, Kogyeol, Wei, Bitto, Wooshin, Sunyoul, Gyujin, Hwanhee, and Xiao have hosted as MCs on The Show, been seen on various variety shows like Masked Singer, and even reported the weather as ‘weather-dols.’ Having debuted with the song “So, Dangerous” and been nominated for “Best New Male Artist” among many other awards, UP10TION was on the verge of becoming the next hot group when one of their darkest periods fell upon them. Overnight, Wooshin was caught in a controversy that was ultimately proven not true, but nevertheless resulted in his hiatus due to mental health. With the past behind them, the boys now looked forward to their bright future while standing on the Dallas stage. 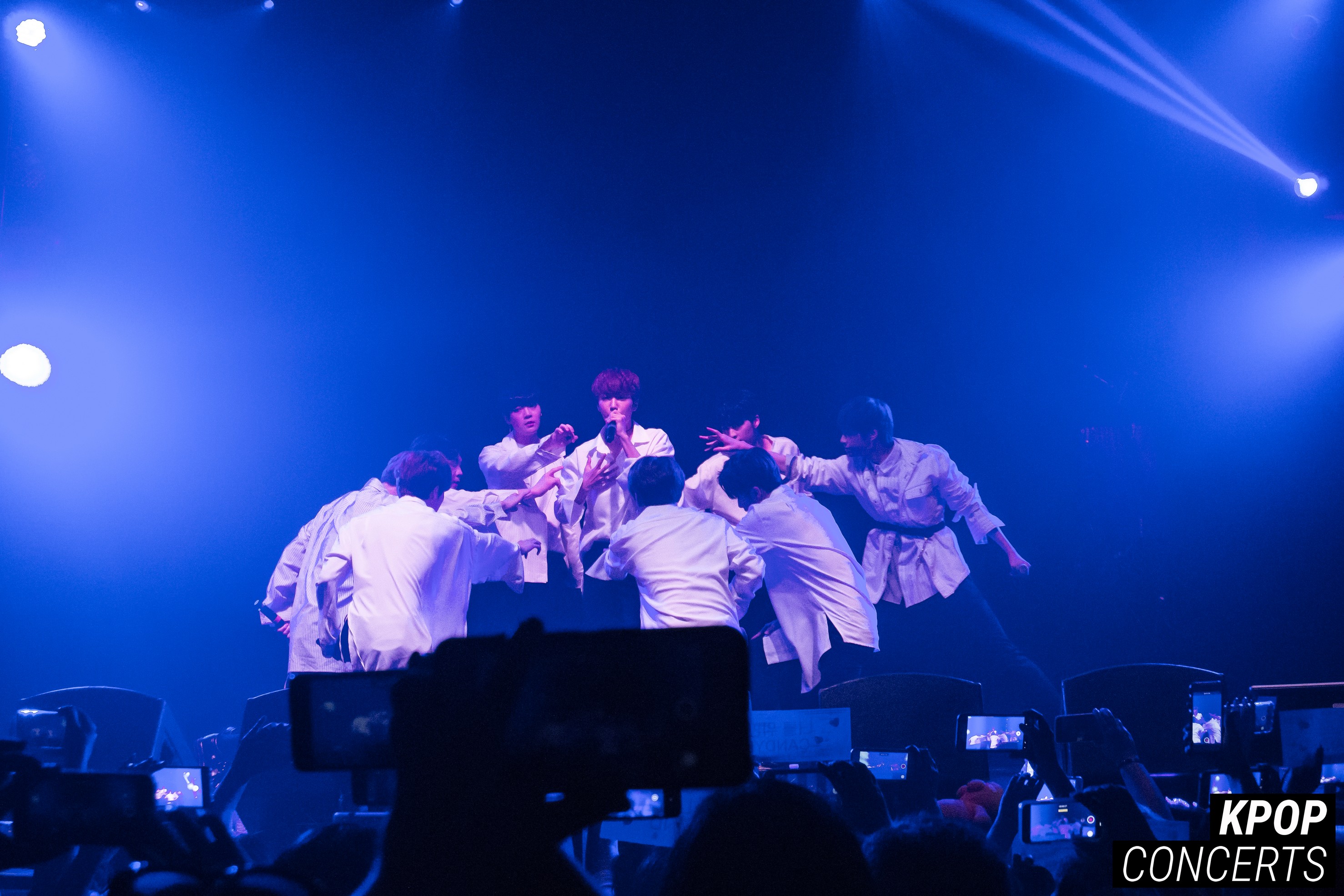 It was easy to hear and see that the boys had solid vocals and dance moves to back up their reputation. The group’s strengths lie in their contrasting ranges, from Sunyoul’s high-pitched vocals to Bit-to’s deep-set rap, allowing the boys to harmonize beautifully in many of their slower numbers. To the casual listener, their songs are nothing different from the usual pomp and circumstance of the typical K-Pop fare, but the group versatilely switches between dance numbers and ballads without losing momentum–a feat that not many groups their age can do. 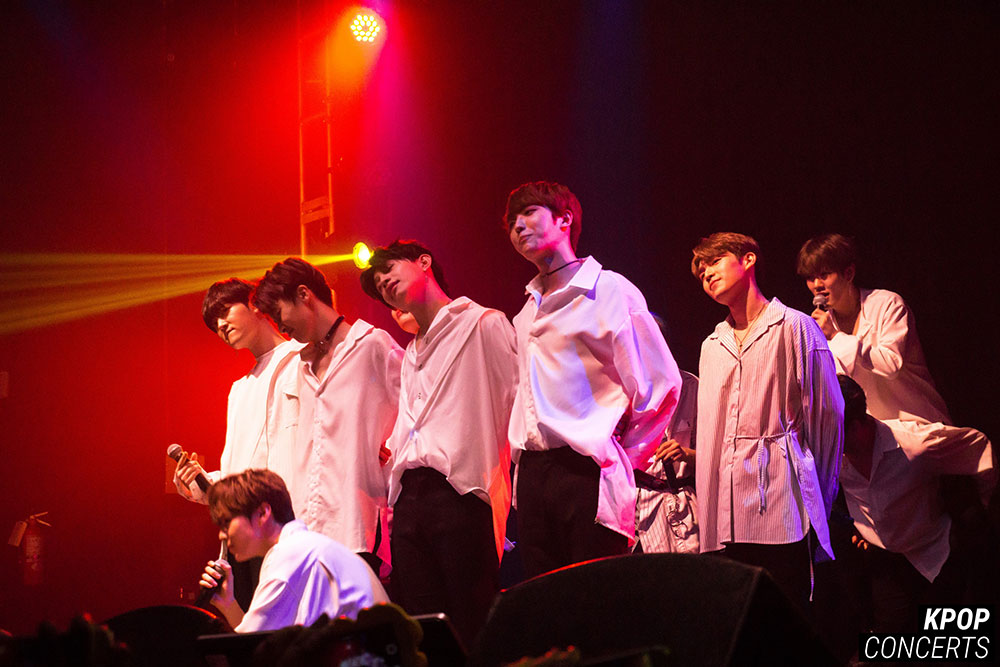 Despite a few glaring technical errors in the lighting department, the boys brushed aside the setbacks and had eyes only for their fans. In under an hour, the boys tirelessly performed all of their repertoire, including fan favorite “White Night” and their newest song, “Candyland.” Fans were even in for a treat for unit songs where vocal line stunned with “Still With You” and rap line impressed with both vocals and raps in “I Need You.” It would have been nice had more time been set aside for the fans’ to interact with the boys on stage, but that was made up for later when fans were able to exchange tickets for personal Polaroid pictures with the group. 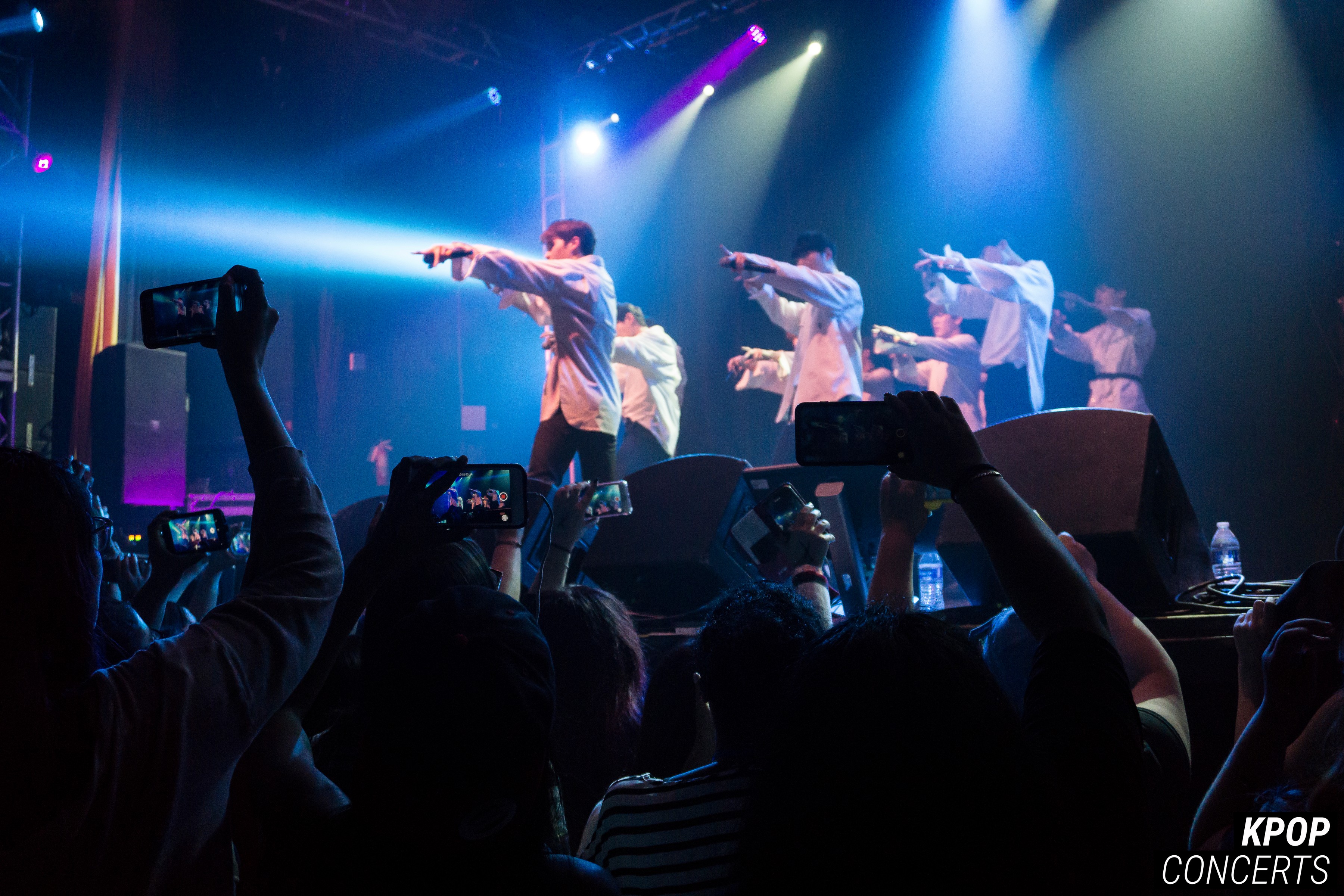 The best times are had when you didn’t even know the end has already arrived. Fans and the boys were surprised how fast the time passed. And should stateside fans get another chance to catch UP10TION again, this writer hopes you seize the opportunity and check out why the boys are worth every penny spent.

Photos from UP10TION in Dallas can be found here.

Written and Photographed by: Jacklyn Y.