Move on over all you other rap duos. There’s a new duo on the block, San E and Mad Clown, looking to take a new direction with their music careers with back to back collaborations and now touring together in an ambitious 18-stop trans-America concert series. Kpopconcerts.com caught this limited-edition act while they were touring in Deep Ellum district of Dallas, Texas, where the intimate and band-music setting is an ideal atmosphere for the medium-sized yet ferociously passionate audience. 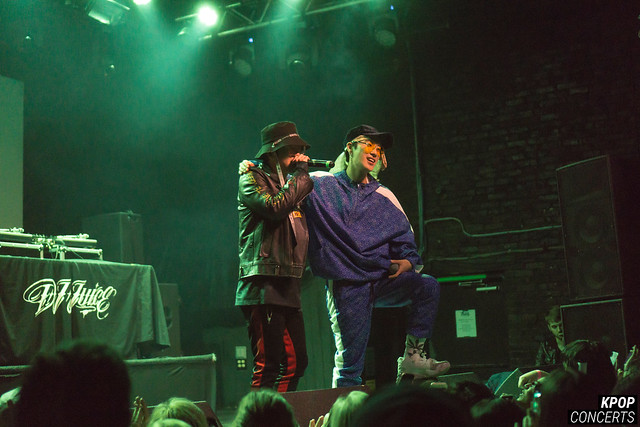 Not a minute to waste, San E and Mad Clown launched their concert with “못 먹는 감 (Sour Grapes),” a befitting choice to whet the audience’s appetite for more to come later. The two performed a medley of songs they’ve helped produce or shows they’ve been involved in such as San E’s songs from summer show staple Show Me the Money or Mad Clown’s parts in drama original soundtracks or collaborations with other rappers like Jooheon from Monsta X. During introductions, San E amicably engaged the crowd in fluent English but Mad Clown was a pleasant surprise in his fluency as well. Both had heard from the San Antonio crowd that Dallas would be crazy, and the crowd was ready to live up to their reputation. One lucky fan’s artwork was noticed by San E who showed his appreciation by bringing up the lucky fan to be rap-serenaded in a special stage. When it came time to decide which rapper went first, they left it to two members of the audience to determine the fate of the concert order. In an harrowing match of rock paper scissors, San E was finally chosen to go first. 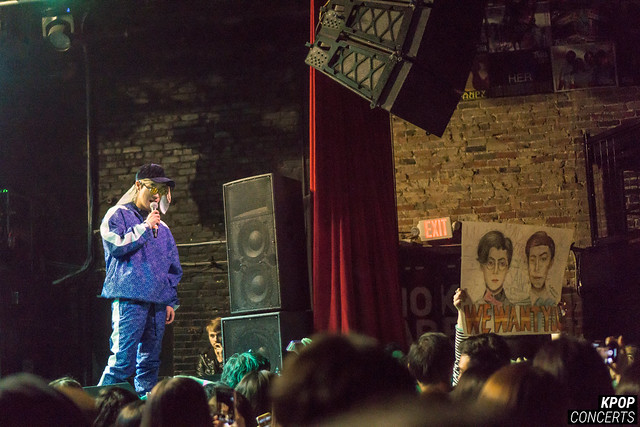 In his 30-minute set, you can see why San E has enjoyed such commercial success. Engaging with the crowd with boundless energy across the stage, he catered to fans with all of his popular songs such as “모해” “Me You” and “Story of Someone I Know.” He certainly flaunted his single status by showering the audience with gratuitous amounts of “aegyo,” a Korean term for acting cute. He even brought out a touring female guest singer who assisted in the female parts of his songs. Like his songs, San E kept the mood light-hearted, flirty, and easy on the ears. 30 minutes was simply not enough of this “Rap Genius.” 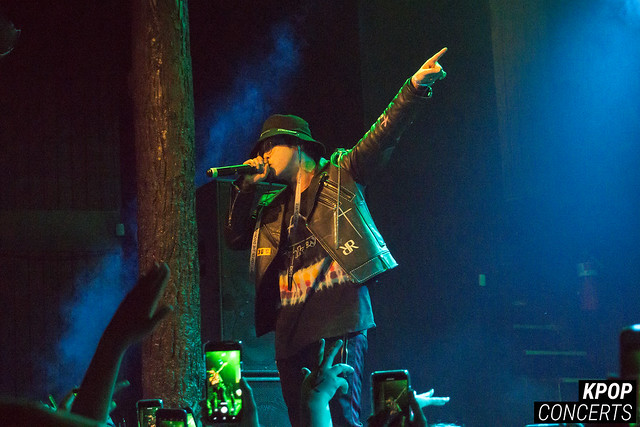 If San E flirted with the audience, then Mad Clown commanded their attention with his intensity. In a welcoming switch of atmosphere, Mad Clown went on to perform darker pieces of his repertoire like “Fire” “Stupid in Love” “Love is a Dog from Hell” “Without You” and “Lie.” Mad Clown’s rap forte lies in his passionate rendering of a man’s perspective of relationships, which is translated into beautiful duets with reputable female singers such as Hyorin and Soyou formerly of girl-group SISTAR, and Lee Haeri from Davichi, Kim Na Young, and Jin Shil from Mad Soul Child.  It was an absolute pleasure as a fan of rap to hear Mad Clown drop a freestyle rap on unexpecting but appreciative ears. Despite bars of passionate, border-line violent lyrics, Mad Clown jokingly reassured that he was quite the calm and peaceful poster child of a family man. It was such a shame that time was a constraint to see more of what Mad Clown could show the crowd. 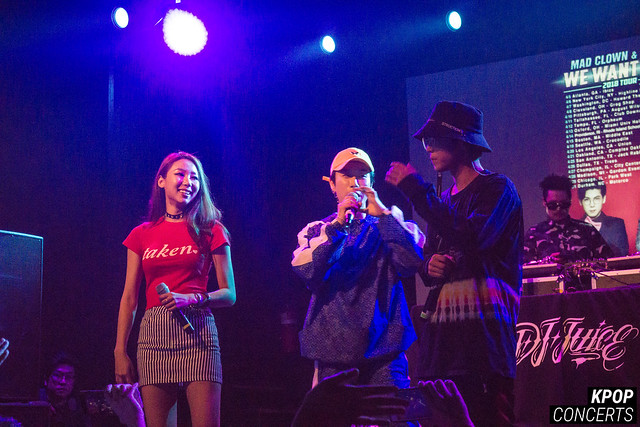 No one would have thought that San E and Mad Clown would ever collaborate and consecutively release music together, but no one would question why they did after finishing this concert. Providing the yin to the yang to each other’s musical styles, San E and Mad Clown offered two polar opposites of music atmospheres that allowed the audience to enjoy two vastly different rap styles in one setting. Despite the disparity in rap style, once combined together, the two styles offered a playful on the surface yet brooding below the surface contrast as displayed in their latest singles, “Sour Grapes” and “Butterfly.” Both artists are rare to catch stateside much less together in this concert of a lifetime opportunity and Kpopconcerts.com was glad to be there for every beat drop.