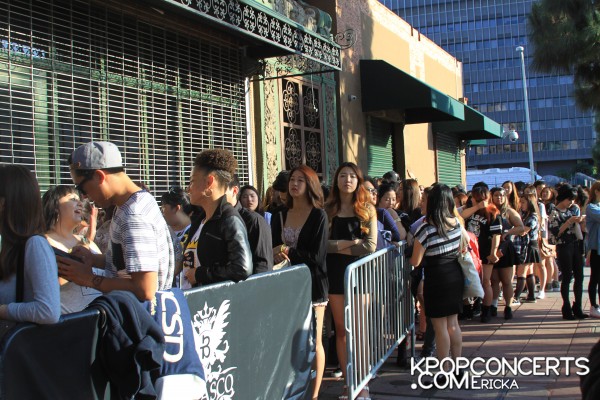 With the Hallyu Wave taking the world by storm, Korean hip-hop and R&B has steadily gained their own recognition in the United States.  On May 26, some of Korea’s best hip-hop and R&B artists took center stage at the Asian Music Festival in Los Angeles, CA and treated fans with a night of nonstop performances.  Hours prior to the show, two lines of enthusiastic fans formed on either side of the Belasco Theater and continued on to the next block. 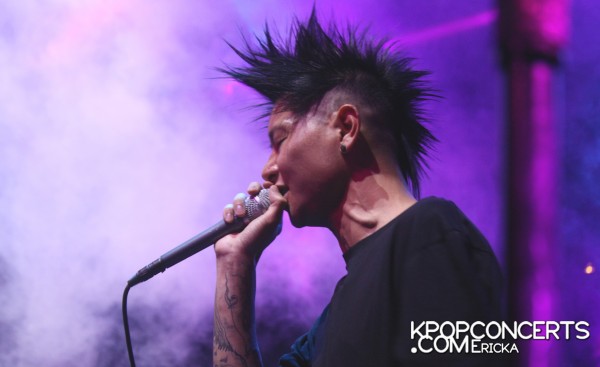 Local LA artists opened up the show, with DANakaDAN blowing the crowd away with his explosive charisma and bold interaction with fans as he performed his songs like “Is There Anybody Out There?” from his Korean adoptee documentary, aka DAN. IAMMEDIC, an Asian American Electro Pop duo, continued to pump up the crowd with their hit single “Get Back Home” and led the audience to sing along to their new song, “Rise.” In between each act, DJ B and Young Min Joo kept the crowd pumping with house/dubstep remixes of popular English songs. 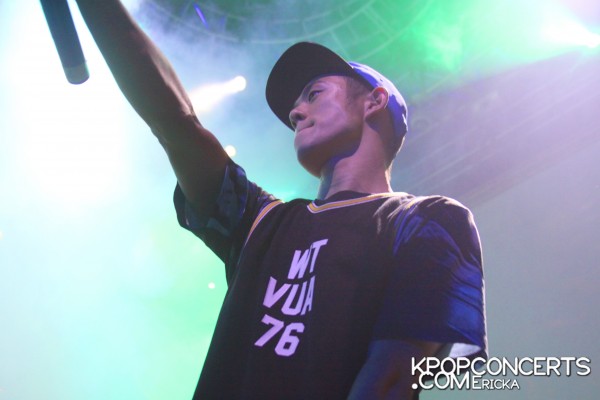 The first of the three big acts of the night was none other than Beenzino!  The hip-hop rapper thanked his “Day One” fans and sang a song from his lesser known days called “Smoking Dreams.” Beenzino also performed his more popular songs like “Aqua Man” and “Dali Van Picasso” and ended with the catchy and upbeat “Boogie On and On.” Several lucky audience members also received an album that Beenzino threw to random sections of the crowd. 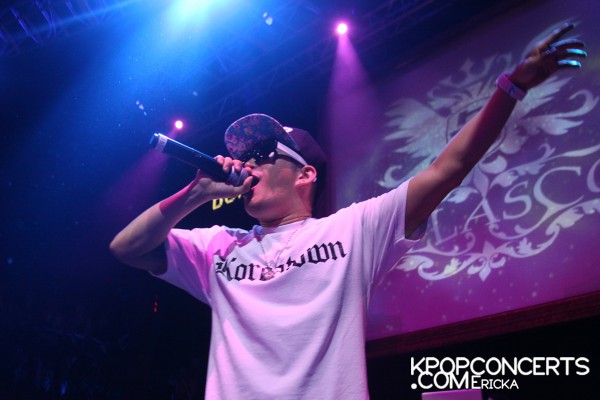 Next up from the three big names was Bumkey! Having lived in Los Angeles before, he was a natural at both speaking English and mixing it in with his songs. He kicked off his performance with “The Lady,” blowing the crowd away with his smooth vocals.  Bumkey took his fan engagement to the heart-throbbing extreme, as he grabbed a lucky fan’s hand while singing an acapella version of “Love Song,” kneeling before her and gazing into her eyes. He also performed a medley of his songs, such as “행복하지마 (Don’t Be Happy),” “Love,” and “갖고 놀래 (Attraction),” along with a special medley of American pop songs as well. 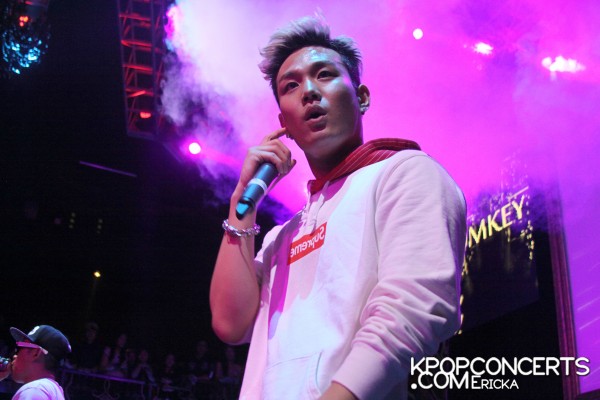 Just then, Kanto came onstage to perform a collaboration with Bumkey! Kanto, discovered through the hip-hop program Show Me the Money, passionately performed his song “강남여자 (Gangnam Woman)” and backed Bumkey up in their collab hit “미친연애 (Bad Girl).”  In return, Bumkey backed up Kanto as he sung his solo debut track, “What You Want.”  The duo is two of four members of the new hip-hop group TROY.  With half the group performing on this tour, it was no surprise to fans when Bumkey and Kanto performed their group’s debut song, “Green Light” and threw TROY hoodies to the ecstatic crowd. 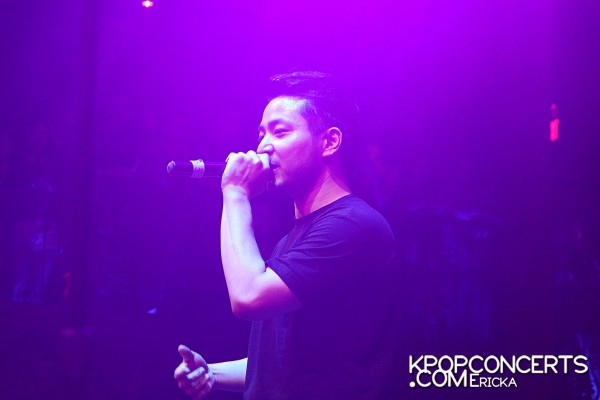 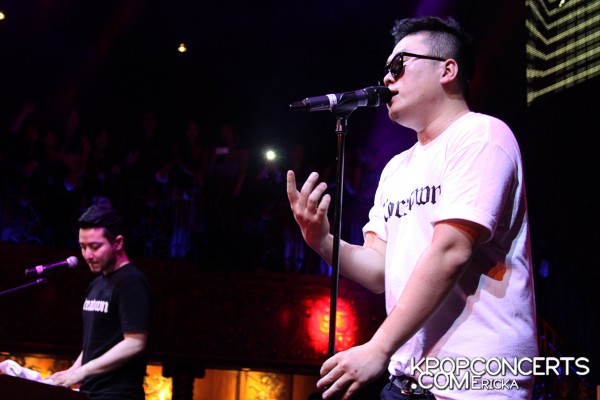 Last but definitely not least, Verbal Jint wrapped up the show with his soulful, passionate songs, performing alongside fellow label-mate Hwayoung. Verbal Jint played the piano while singing major hits, like “굿모닝 (Good Morning)” and “좋아보여 (You Look Good).” Before ending with “충분히 얘뻐 (Pretty Enough)” he explained that this song has always been the most meaningful to him, and means that every girl should know she is beautiful just the way she is.  Bumkey then joined Verbal Jint onstage and performed a special encore of “Walking in the Rain,” and the AMF tour officially came to a close. 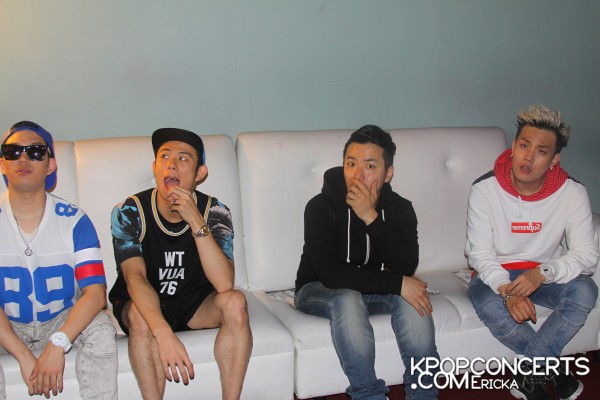 After the show ended, a brief press conference was held in a casual, intimate fashion, with Kanto, Verbal Jint, Beenzino, and Bumkey in attendance. Here are some of the Q&As:

Q: What has surprised you about America that is different from Korea?

Bumkey: “Since I’ve lived in the U.S. before, there hasn’t been anything too surprising for me.”

Beenzino: “I was surprised how almost every place here closes at 2 a.m. In Korea, most places close much later, so here, I ended up at home a lot earlier than usual.”

Verbal Jint: “I got to see new places like New York and Manhattan and meet really cool fans, which had a different feeling than in Korea.”

Kanto: “The difference in legal age was interesting for me, since it’s 21 years here but it’s 20 years in Korea.” 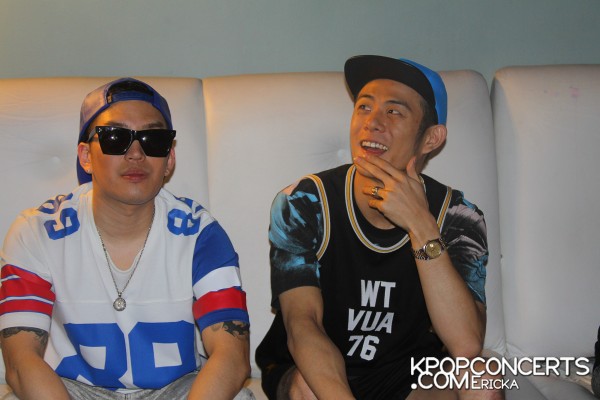 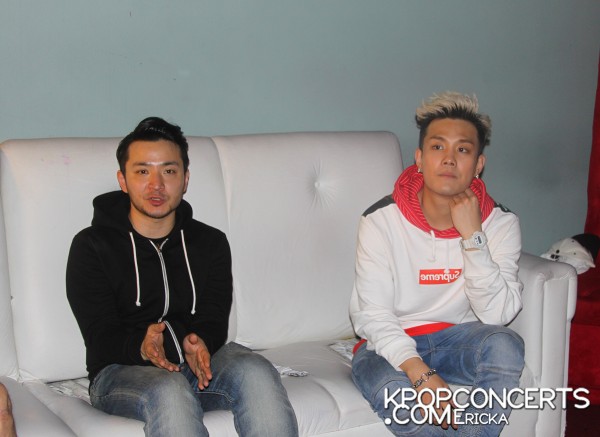 Q: Are there any future plans for TROY?

Kanto: “We plan on releasing a new album in August, but nothing has been officially confirmed yet.”

Check out our photos from the concert and press conference, below!