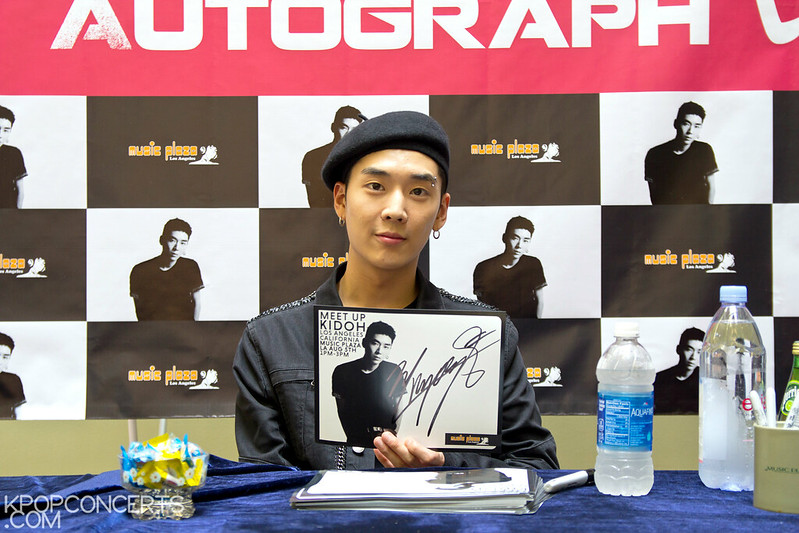 On August 5th, we had the pleasure of covering Kidoh’s fanmeet in Los Angeles!

The rapper, producer, and songwriter recently traveled to the City of Angels to work on his much anticipated album (with In-N-Out foodie runs a few times a week!) As a way to thank all of his fans for their continuous support and for patiently waiting for his new music, Kidoh held an intimate fanmeet at the Koreatown Plaza. The fanmeet was scheduled for 1PM-3PM but news of a free signed poster for the first 200 people on top of his personal autograph attracted a crowd by early mid-morning. 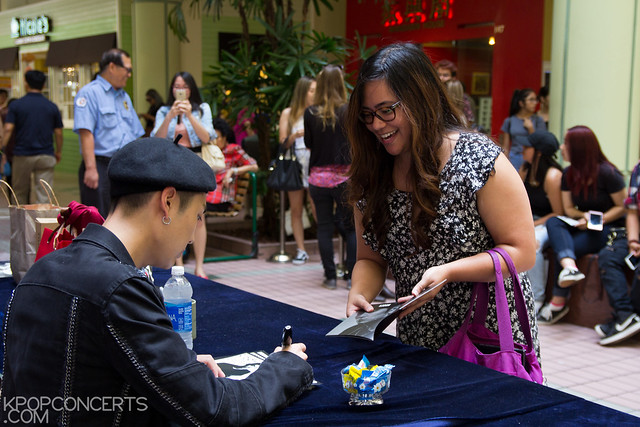 Right at 1PM, Kidoh appeared, greeted the fans, and the fanmeet began. Unlike most fansign events where fans would be pressured by staff to rush through like an assembly line, this event was chill and stress free. Fans of all ages were given ample one-on-one time to hold small conversations with the rapper as he signed their items. In addition to the signed poster, Kidoh also signed Topp Dogg albums, tote bags, notebooks, and even phone cases! A few fans were also able to hand deliver their presents, which he graciously accepted. 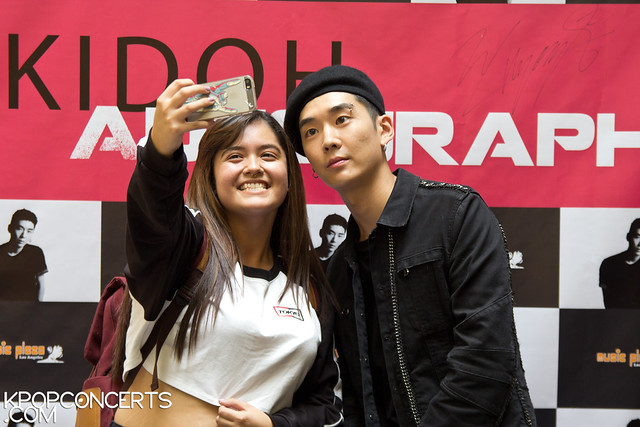 Once all the fans had their turn, raffles were held to win exclusive prizes from the fanmeet. Three raffle tickets were drawn and three ecstatic fans went up to claim their prize – a signed Kidoh Fanmeet poster, the one-of-a-kind Music Plaza x Kidoh backdrop banner, and a $100 Music Plaza gift card! To top it all off, the lucky winners were even able to take a photo with Kidoh. 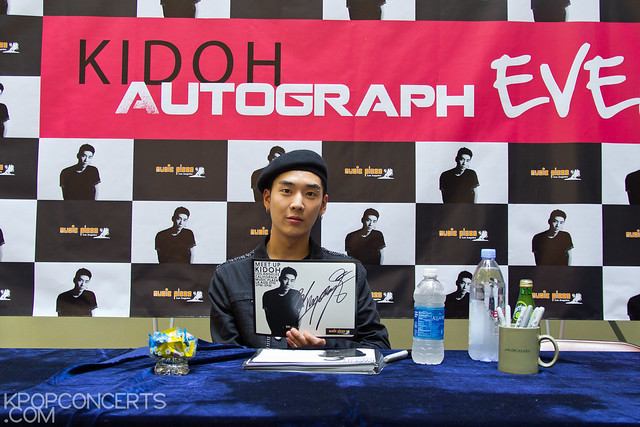 Kpopconcerts.com would like to thank Kidoh, Music Plaza, and Face in The Crowd for allowing us to cover the event.